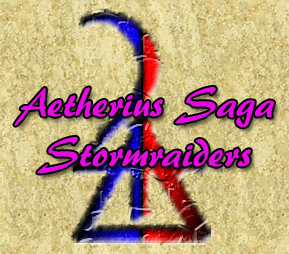 The air of the Devian Trove crackled with electricity. Lei managed to partially blind the Devian Hydras right head but it wouldn’t last long and there was still the left head to deal with. The Staff of Nirvana was capable of manipulating the weather but could only do so properly with a calm mind. With Rai being threatened by a massive two-headed serpent was hardly the best time to have such a weapon but she had no other options. Her thunderstorm rages and strikes both the Devian Hydra and the water. The combined surges of electricity coursed through its body His howls shaking the ground below them.

“On it!” He yells back but his attempts fail. The wild flailing of the Devian Hydra forcing him to run deeper into the trove.

“NO! MY TREASURE!” The left head screeches.

“Go away!” Rai grabs the nearest pile of gold and throws it at him to laughable effect.

“Get down!” She swings the Staff of Nirvana to the side. It’s power altering the weather once more, stopping the thunderstorm and calling a dust storm to further blind the Devian Hydra. She had to act quickly before he regained his bearings. Lei calls forth an acid rain focused solely on the left head. Were it not for the dust storm they’d clearly hear his screams in agony as it was reduced to nothing. “One head down.”

“You’re the first to ever hurt me.” The right head says through the storm. Taking a deep breath, he unleashes a mighty roar that blows away the dust storm. His eyes focused squarely on Lei. “I wonder what type of statue I should make you.” He thinks aloud as the left head regenerates alongside two more heads. “Good, you’re finally back.”

“Just let me eat both of em. It’ll only take a second” The middle left head hisses.

“No, we make them part of our gallery. Make them suffer.” The middle right head adds.

“Great…more of you…” The right head sighs.

“Quiet thief!” The middle left head shouts. His massive jaw opened and ready to eat Rai whole. Instinctively, Rai throws a pile of treasure at the Devian Hydra and soaring into its mouth. “Hmm?” An unpleasant sensation begins to come over the middle head. It gags in pain and begins throwing up violently.

“Shouldn’t have eaten that…” The middle right head muses.

“IT HURTS!” The middle left head cries before being engulfed in flames and only stopping before it reaches the rest of the body. But unlike before it doesn’t regrow.

Seeing what happened to the Devian Hydras center head gave Rai an idea. He grabs a handful of treasure and jumps onto the left heads neck. “Hey, I have a present for you!”

“Present? Give it to me! It’s mine and not yours!” The left head turns its attention to Rai.

“Wait you fool!” The right head tries to warn him but its already too late. His greed causes him to try and eat Rai whole only for more treasure to be tossed down its throat. The same fate that befell the center head now befell the left. “You’ve murdered by other heads…You do realize we’re going to kill you?”

“I still say we turn them into statues. Make up for what we lost.” The former middle right, now new left head adds.

“All you have to do is tell me where the Savage Crown is and it’ll be over.” Lei says.

“How do I know you’ll keep your word? You humans are always lying and trying to find an easy route.” The right head remained paranoid.

“Because we’re working with Zam the Persistent, the Sage of Lightning.”

“Yeah!” Rai asserts before sneaking off to the side.

“All he wants is to protect the Savage Crown. I promise the rest of the treasure will remain yours.”

“I’ve heard that excuse before. Treasure hunters will say anything to get what they want.” The right head snarls.

“Ooooo.” Rai says to himself as he begins digging into a pile of treasure.

“Everyone but us lies. Even those Yokai. They said they’d keep giving us treasure then they just stopped. We should eat them too.”

“Eat them? They’ve been dead for a long time.” Lei breaks the news.

“I don’t know what happened but you’re the only thing left alive here besides Rai and myself.”

“I don’t think she’s lying.” The left head says to the right who remains in thought.

While the Devin Hydra is distracted, Rai manages to locate the Savage Crown hidden beneath a pile of treasure. It was worn on a treasure hunter who failed to escape the Devian Trove and was turned into shining silver. “Pretty.” Rai thinks as he pries off the Savage Crown and puts it in his bag. He then begins to run back to Lei.

“Where do you think you’re going?” The left head asks. Putting itself between Rai and Lei.

“I smell treasure on you child.” The left head leers at the child.

“But I’m surrounded by treasure. Why wouldn’t I smell like it?” He deflects.

“He isn’t lying…” The left head mutters to itself.

“Please, just let Rai go and we’ll give up on the Savage Crown.”

“If he means so much to you he must be valuable.” The right head thinks aloud.

“Probably more valuable as a statue then.” The left head adds.

“Rai, I want you to run to me in 5 seconds.” Lei orders with Staff of Nirvana glowing. She raises it skyward as the Aether Crystals scattered around the Devian Trove glow in kind.

With a thought, Lei uses the Staff of Nirvana to summon a mighty blizzard. It’s cold magnified to levels she never could dream of by the Aether Crystals in the area. Rai manages to escape it as the cold consumes the Devian Hydra, being contained by a tornado that soon freezes. Trapping the best in its own lair. Unsure of how long it’d hold the Devian Hydra, if at all, Lei leads Rai back to the surface.

“That’s good. But I guess we’ll have to tell Zam it was a bust.” Lei sighs.

“Nope.” Rai reaches into his bag and pulls out the real Savage Crown. “I found it while you two were talking.”

“We have to Rai. If we leave it here someone else might try to take it and get hurt or worse.”

To the North of the desert region Va’ Sif on the island shaped like a Raven sits  Sanzoku Yokai Kakurega. The Yokai Guild that sits between the Astral Plane and the Physical Plane was once great and prosperous. Now all that remains is ruins. To the west sits the Manly Mausoleum and beneath it the Devian Trove. There once sat the Savage Crown but now sits a sign all would be treasure hunters heed.

“Ahead lies the Devian Trove.

If you came for the Savage Crown turn back.

But if you came for treasure take nothing and leave a gift for the Devian Hydra who lives there.

He’s probably very lonely and could use someone to talk to.”

This work is licensed under a Creative Commons Attribution-NonCommercial-NoDerivatives 4.0 International License.