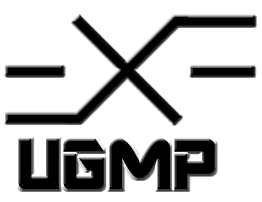 December 25, 5503, a millennium has passed since the founding of the U.G.M.P. The universal community now thrives thanks to their presence. The training colony of Kratos floats silently in space like a massive silver marble in the nuCygnus System. It’s metallic outer shell protecting an artificial planet no bigger than Earth’s original Moon. The surface was built with a number of different installations for training future U.G.M.P operatives. Each serving the same basic functions but tailored to each of the primary species. When a trainee passed their respective installation, they were permitted to move to the next.

There was a total of five primary Installations. The Science Installation where trainees were taught in the use and manufacture of various technologies. While they weren’t expected to become masters of the craft they were expected to have basic knowledge. This section was primarily for the Aurian trainees, the natives from Aurora 16. A species said to have evolved from the humanoid bird species known as Cellomo, the Aurians are known for their pale skin, golden hair, and matching golden eyes. As a whole, they are equal parts one of the smartest species in the universe and the most faith-driven of all.

The Aquatics Installation taught trainees in swimming, water rescue, underwater combat, and marine biology. The fishlike Ciushen, who originated from Serigo, got a majority of their training here. Although called fishlike, this species is only fishlike in a superficial sense. Their technicolored hair, pheromone control, dual colored eyes, and the ability to breath underwater being the primary cause of this. But with evolution came lungs that could function in and out of water which makes them more in common with an amphibian. Regardless of what species they’re called, they are renowned physicians known for their long lifespan and photographic memory.

The E.T, or Extreme Temperatures installation, was where the Exixian trainees were primarily focused. Here they and other trainees would learn to deal with scenarios under extreme heat and cold as well as general high-pressure situations. It was the most dangerous of the Installations and was constantly observed directly by their resident General to ensure no unfortunate accidents occurred. Although the Exixians, a hardy species of magma Aliens, often considered this was done for the other trainee’s benefit. With their massive frames, stone bodies, unholy strength, and flaming breath there was little they couldn’t handle. Many fear them for their monstrous appearance and overtly hostile nature. Others opposed them being allowed into the U.G.M.P in the first place.

The Arms Installation trained each in the use of various types of weaponry. The Setzen, who remained in their bio-armor near constantly, primarily worked here. A species shrouded in mystery, nobody knows what a Setzen looks like unarmored. Even the names they go by are codenames assigned when they get their bio-armor.

Finally, the last of the primary Installations was the Athletics Installation. Home to the Human trainees, you’d be trained in more advanced physical fitness tests. Each Installation had species overlap but it was far more frequent in the Sub Installations such as the cafeteria, ethics, and dormitories.

Today, a U.G.M.P Frigate arrives after a long trip from Neo Terra. On board rides General Jason Nevan, Human Seat 3 of the U.G.M.P. The top operative in the organization is the Supreme Commander followed by the Generals. The Generals were the top 3 chosen representatives of each species. This includes the Humans, Ciushen, Aurian, Exixian, Setzen, and the Metanokes from Cigor. Few would ever become a General but among them was a diverse array of backgrounds and personalities. Jason himself was a lanky orange-haired man with a smile constantly on his face. He wore the standard U.G.M.P uniform, a classic white suit shirt with green trim adorning his shoulders and forearms. However, the higher your rank the more leniency you were given in choice of uniforms. The main requirement being that the U.G.M.Ps logo was visible somewhere on your person. This was to accommodate the multitude of species present and the multitude of uniform types worn. Jason wore a white long coat with the logo, a flower protected within a circle, on his back. Its design was based on the original logo used by the E.S.N when it first arrived in the Arches System. His duties as a General extended into the investigative field and he was renowned for his detective skills. But today he was here to gauge the new recruits and bring those ready for deployment to their new homes.

“Oh Kratos, how I missed you so. Your recycled air, your artificial skies, and your complete and total lack of a proper human touch.” Jason says in an upbeat tone. His personal secretary wasn’t amused.

“Do you have to say that every time we come here?” she sighs. Cassandra Mason had been a close friend to Jason since their first training days. She wore a standard U.G.M.P uniform. A white short sleeved shirt with the logo over the heart, matching pants, a black belt, and black shoes. The trim on the arms and sides of the legs was the same green coloration as Jason’s. Her straight brown hair was kept tied neatly in a bun and her arms crossed holding a digital notepad. She was quite possibly one of the few in the universe who could tolerate Jason for continuous periods of time.

“I’ll keep saying it until you finally laugh.” he replies with his trademark grin.

“Come on, you know you love me. Why else would you stick around?”

“Because it’s my job and nobody else would do want to babysit you.” she answers flatly.

“Be happy that’s all I’m doing.” Her notepad beeps rhythmically before she opens it. The screen displayed in a neon blue on a black screen. While most people spoke the same universal language instituted by the U.G.M.P, not everyone understood the different written languages. Cassandra trained to be fluent in most of them but for her personal display, she preferred Neo-Terran. “Green Pyramid will be with us shortly.”

General Green Pyramid was Seat 1 of the Setzen species. His skill in combat was both respected and feared across the systems. Like all Setzen, his real name remained a mystery and he only went by his codename. Soaring through the air in his bio-armor he lands to greet his allies. His bio-armor, like his namesake, was a deep green hue. Being a balanced frame, it had a good mix of protective plating while remaining flexible and maneuverable. His helmet had accentuated designs that were reminiscent of an eagle with thin eyes and the U.G.M.P logo was emblazoned on the left shoulder. The main, and most terrifying, feature of the Green Pyramid bio-armor was his Twin Thermal Shoulder Cannons. Based on the thermal technology designed by Exixians, it was perfected by the Setzen for combat. Each cannon was powerful enough to fire concentrated beams capable of generating over 4000 °C on their own. Their strength never wavered and with his onboard computers, rarely missed. Not only that but they doubled as a jetpack and when combined with his foot mounted thrusters made him dangerous in any environment. Even among the Setzen, Green Pyramid was truly a one man army.

“Hello Nevan, Ms. Mason, how was the trip?” Through the audio filters of his helmet, Green Pyramid had an imposing and threatening tone. But his words were formal and friendly.

“Long and dull. Even with Warp Gates, the trip is way too long for my tastes.” Jason shrugs.

“The trip was fine General Pyramid. How are the trainees?” Cassandra inquires.

“Better than the last batch. Even General Ozak is due to arrive.” Green Pyramids primary duty was being the head of Kratos. Under his watchful gaze, the effectiveness of Kratos’ training program has greatly improved. But some have felt that the quality of the students offsets how few pass.

With the massive size of Kratos, Green Pyramid would simply fly wherever he needed to go. But at times like this when he had guests, he’d use a special issue U.G.M.P Hovercraft. It used powerful magnetic field generators combined with plasma thrusters. The magnetic field generated was calibrated to respond to the materials in Kratos’ outer shell to constantly push itself away from the ground. The thrusters would propel it forward at any speed desired. With his passengers in tow, he pilots to the Athletics Installation. It’s a 10-minute flight into a 3-minute walk to reach their destination, an obstacle course. At the start of the course, a group of five trainees waits at attention upon seeing the Generals arrival.

“Is this it?” Cassandra asks questioning the small class.

“Where could he be?” Jason thinks aloud while surveying the area. “I thought Ozak would’ve been here by now.”

“Hold on a second, is one of them a child?” Jason asks taking notice of the lone 10-year-old standing with the trainees roughly twice his age. “Did we start conscripting again?”

“He’s a special case. I’ll save introductions until after this is done.” Green Pyramid steps forward with his hands clasped behind his back. “Today is a special day. You’ve all proven your merits in your time here. Now we’re going to decide which of you goes from trainee to rookie. All you’ll have to do is get to the end of the obstacle course. Whoever passes, will be taken by General Nevan and given a new base of operations. Those who fail at best will have to keep training here until I see fit. At worst, you’ll be discharged from the U.G.M.P entirely. Understood?” Green Pyramid was often unforgiving in his methods.

“Good then begin at the signal.” After a brief pause, his helmet activates a loud siren.