How to be a Jobber

For those of you who don’t know wrestling, a jobber is a character there strictly to lose to make someone else look good in comparison. But there are good and bad ways to do this and both can help shape or muddy up a product.

On the pro side, you have people like our thumbnail image James Ellsworth. A jobber in the WWE who was served on a silver platter to many a wrestler. Namely Braun Strowman.

Now for some wrestling history, Braun Strowman was a member of the Wyatt Family for a majority of his career. Essentially, he was just the big guy. Just another lackey for their leader Bray Wyatt. But when he got split up from the group, they “fed” him Jobbers. Think League of Legends when you just die over and over and let the enemy get stronger and stronger. But in real life. This help set up Braun as a monster and a threat that could go up against Roman Reigns, Brock Lesnar, and Kane. It’s a useful tool for character development and even in the aftermath, James Ellsworth himself was able to start a career off of being a jobber. Curt Hawkins, another wrestler in WWE, even made breaking his jobber streak the driving point of his character.

While most jobbers are one-and-done, you get some characters who are the designated jobber for a series. This is being jobbed out as they’re a regular and this isn’t normally the case. Now you might know one of the most famous examples of a character being jobbed out continuously…

For as popular and cool as Vegeta is he is jobber supreme. He fought against Zarbon and lost to show the difference in strength Frieza’s soldiers from him being the big bad of the prior season. He lost against Recoome to show how deadly the Ginyu Force was despite being silly. He lost to Frieza to show the strength of his “Final Form”. This trend would go on with #18, Perfect Cell, Majin Buu, Beerus, Hit, Goku Black, and pretty much every movie villain he’s ever encountered…People make fun of Yamcha but Vegeta has way more losses. Luckily, Dragon Ball has made jobbing out part of the Saiyan DNA. So by turning themselves into jobbers they come back stronger for the next fight. But more directly, him jobbing out serves to show how strong Goku is in comparison when he finally wins as well as how bad that big is. “If they can beat Vegeta easily they must be strong!” being the essential message behind these types of decisions.

The most important thing gained by jobbing out Vegeta besides a good ol power-up is the character development involved. While he maintains a lot of his pride throughout the series, each loss humbles him and led to him growing and gradually becoming more of a hero. 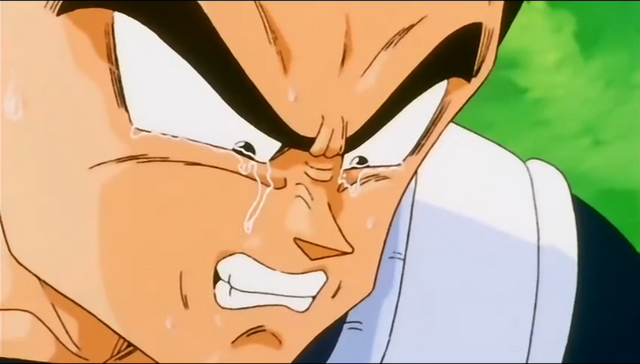 Losing to Frieza (and his eventual death at his hands) forced him to open up to Goku about the fate of the Saiyans. Putting his faith and vengeance he long sought after in the hands of the last living Saiyan. A man he hates to no ends.

His inability to defeat Majin Buu set up one of the best and iconic moments in Dragon Ball Z. Majin Vegeta’s self-destruct to try and stop the monster. In defeat, he put his faith once more in others. Despite his monstrous actions killing innocents just to goad Goku into a fight, he even lists him in the people he was doing his sacrifice for. A far cry from the arrogant Saiyan Saga Vegeta who killed his own friend and partner just because he lost and did things only for himself and his pride.

Other times jobbers are just there are reoccurring joke threats. 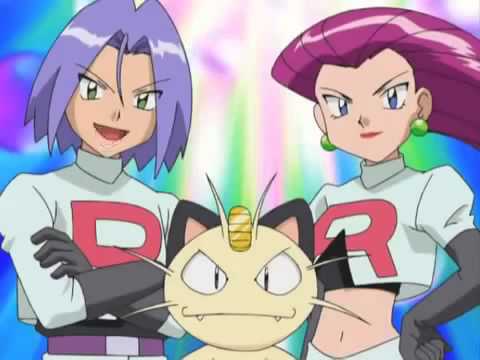 Team Rocket is only treated as a legitimate threat once in a blue moon. They’re just the butt of the jokes, a filler threat to take up time and add conflict. They have enough personality for you to be endeared towards them but not enough for you to feel bad that they are just there to lose. Sometimes characters like Team Rocket can be treated a bit more seriously and show their merit.

Throughout the Superior Foes of Spiderman, Shocker is treated as the joke of the group while Punisher is treated like the boogeyman. The one guy nobody EVER wants to run into. At the end of the series run, he punted Frank Castle with a single punch. This was done as character development (and an awesome/funny scene) to show how Shocker grew. No longer was he the submissive butt of everyone’s joke. He was the guy who beat their most feared enemy in one move. Punisher also loses nothing from this moment either. Sure he got punted like he was nothing, but the moment is focused on to make him seem like a joke.

Losing and jobing are not synonymous. Vegeta losing to every big threat to prove a point is jobing. Atrocitus being beaten by Guy Gardner is just a loss.

Atrocitus lost and went to recover while the Red Lantern Corps was usurped by Guy. The status quo was shifted but Atrocitus was never played up as lesser and came back worse than ever. Unfortunately, not all situations of jobbing out are done so well…

Now I had a whole thing about why Super Saiyan Blue (Namely Goku) was horribly inconsistent in its effectiveness but I figured I’d do something different instead of beating a dead horse. So I love the Alien, Predator, & Alien vs Predator franchise and the first film was entertaining. But it was a bit of a mixed bag. It does a more or less decent job of explaining the trio of Predators are Unblooded, essentially the newbies of the Predators. All three prove vastly superior to the humans present, Grid proves vastly superior to them.

Chopper dies in seconds and while Celtic puts up more of a fight, he loses to Grid as well. Leaving Scar as the primary and only Predator left. While Choppers death was truly spectacular and the battle between Celtic & Grid was one I won’t forget. It somewhat backfired in what it aimed to do. The fight resulted in Grid getting his trademark grid scars and forced Scar into the spotlight. But while this built up Grid as the main Xenomorph who led the charge to free the Queen, Grid only actually appears for this fight. Making the Predator jobbers somewhat pointless. All it did was fulfill the circle of jobbers. Humans job out to Predators, Predators job out to Xenomorphs, Xenomorphs job out to Predators. It’s a figurative circle, not a literal one. Lex kinda was just there for the audience after she joined with Scar. Which was an interesting dynamic that reminded me of Machiko Noguchi from the comics.

But this doesn’t erase the jobbing problem. By jobbing out Chopper & Celtic they built up Grid only to underutilize her. Scar got a whole batch of jobbed out Xenomorphs but he never actually faces Grid in battle, making building her up trivial. Because at best jobbing can build up one character and lead to character development for another. At worst, it leads to wasted opportunities especially if the character dies. By killing off Chopper & Celtic we miss an opportunity to see multiple Predators active at once against an Alien Hive. Chopper could’ve stayed the generic jobber to set up Grid before her battle with Celtic. But imagine if Celtic wasn’t just a jobber, Imagine if Grid fled after breaking free from the net that gave her the signature scars. Celtic is listed as being the oldest of the trio and they could’ve had him go reunite with Scar and have Choppers death actually mean something by non-verbally explaining what happened. Showing their clan bond (or lack thereof) before continuing in the quest for their Plasma Casters. Then you can have Grid return with the rest of the Colony and rather than them just all being jobbed out, have some survive the barrage and kill Celtic. Possibly as a selfless sacrifice for Scar and Lex at the claws of Grid to show she’s essentially the Praetorian for the Colony. This would make the bond the pair have stronger because not only would she have killed a Xenomorph, she would’ve help survive a horde of them. Then Grid can still go on to free the Queen and given the improved development lead to one of two outcomes. Either the pair have a full-blown fight before the self-destruct or have Grid be the one to catch Scar by surprise and get killed by Lex. Showing the big bad Xenomorph who killed two Predators is now killed by the Human who would have even more reason to become an honorary clansman.

Jobbing is a tool often used and needed for writing. So next time you decide to throw someone under the bus, make sure you do it right. Every battle is a chance for growth for both the winner and the loser. Just because you want to build up a particular person doesn’t mean you have to deprive another of potential. After all, you don’t want to to see all that potential wasted like some people because of poor writing…