With the threat of AMAZO looming overhead, Batman and his team will need to get some big guns to help take him on. But with so many of their best and strongest dead or imprisoned, they’ll need to turn to a long forgotten team for help… 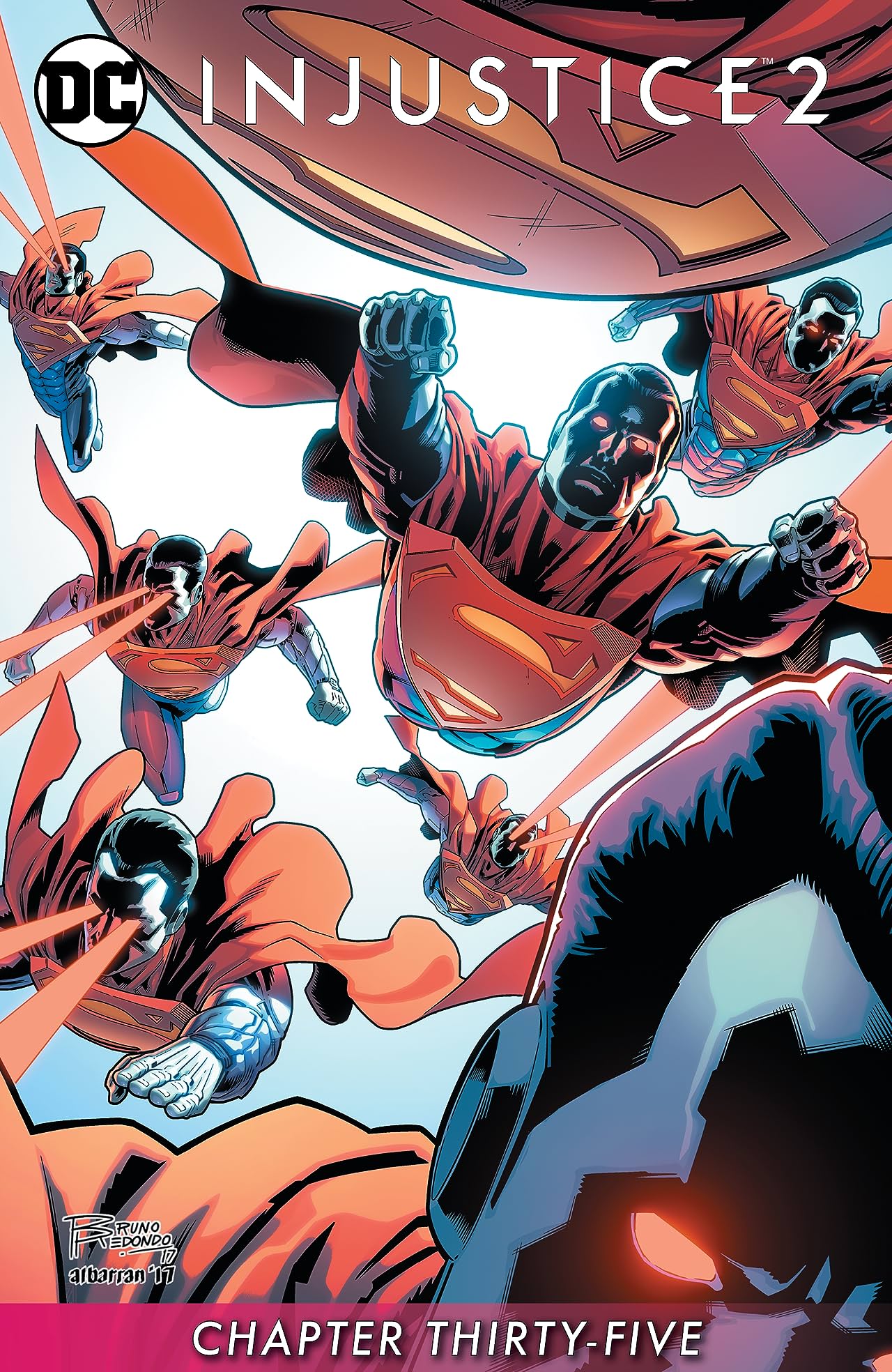 Ra’s Al Ghul’s campaign to save the planet has intensified with the addition of AMAZO to his ranks. The superpowered Androids test run on a poor unsuspecting town has put Batman and his team on the defensive. They know whoever was responsible is someone far stronger than they are but have no clue of their identity. If they have any hopes of stopping Ra’s, they’ll need equally as powerful allies.

Having finished their investigation into the AMAZO attack; Batman, Catwoman, Batgirl, and Plastic Man return to the Quiver with the puppy they found in tow. Batman offers the puppy to Harley Quinn who quickly shoots it down. But the moment is killed by Black Canary & Green Arrow. Green Arrow is furious with Batman for placing a tracker on their son, the numerous extinctions they caused attacking Ra’s, and the destruction of the US government and deaths of their president as a result of Aqualads defection. This is on top of him being publically investigated. A fact that makes Batman being present a hazard to their image. His rant is finished when Green Arrow, who is from a different universe entirely, asks why Catwoman is working with them. In typical Batman fashion, he brushes off Green Arrows outburst and tells them about the AMAZO attack and Wonder Woman’s escape. They don’t have many super-powered allies to help turn the tides. After Catwoman suggests rescuing the Teen Titans from the Phantom Zone which itself is within the Fortress of Solitude, Harley states the obvious. Batman needs to leave the puppy he’s still holding at home. Batman offers the Pup to Plastic Man & Catwoman who both decline. 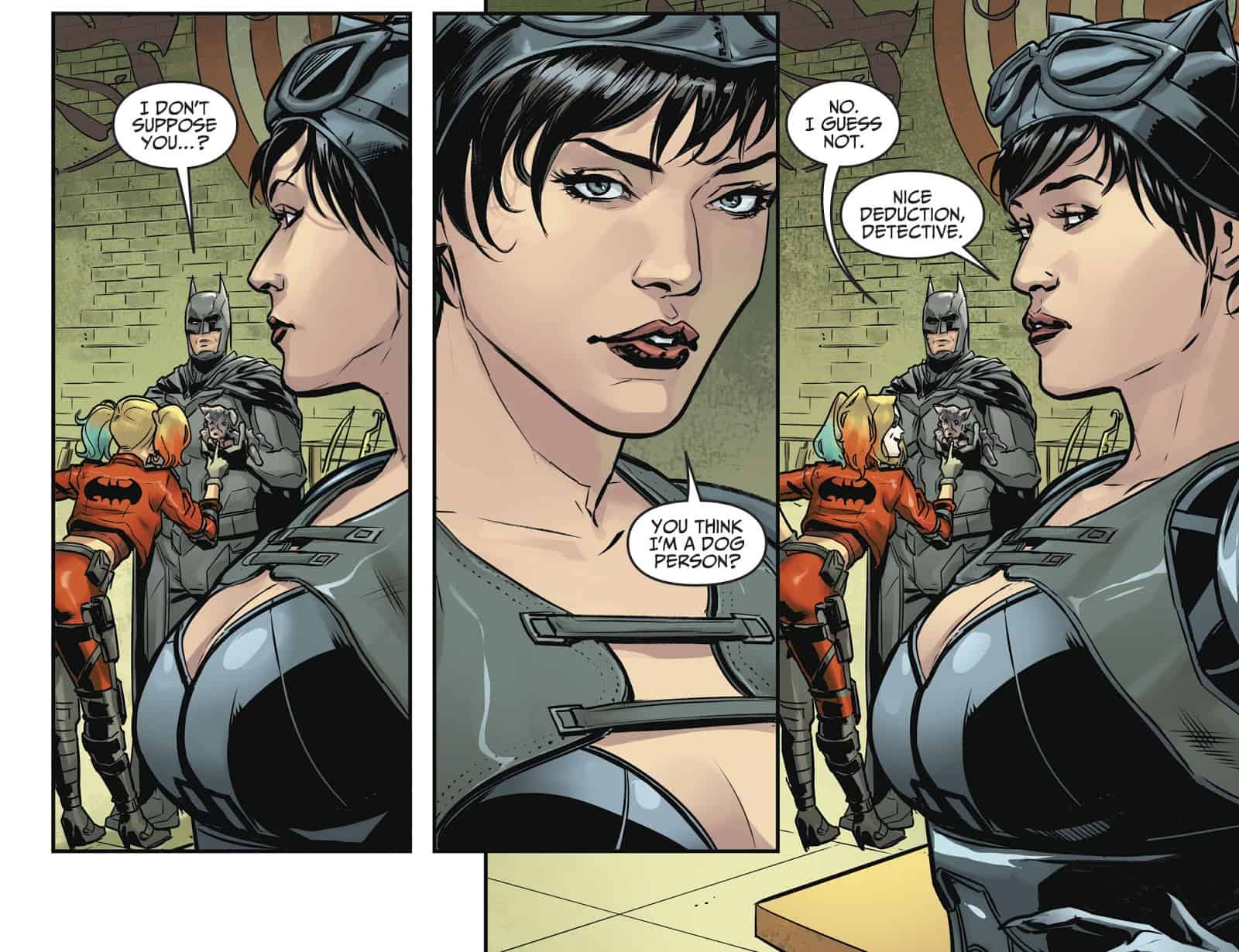 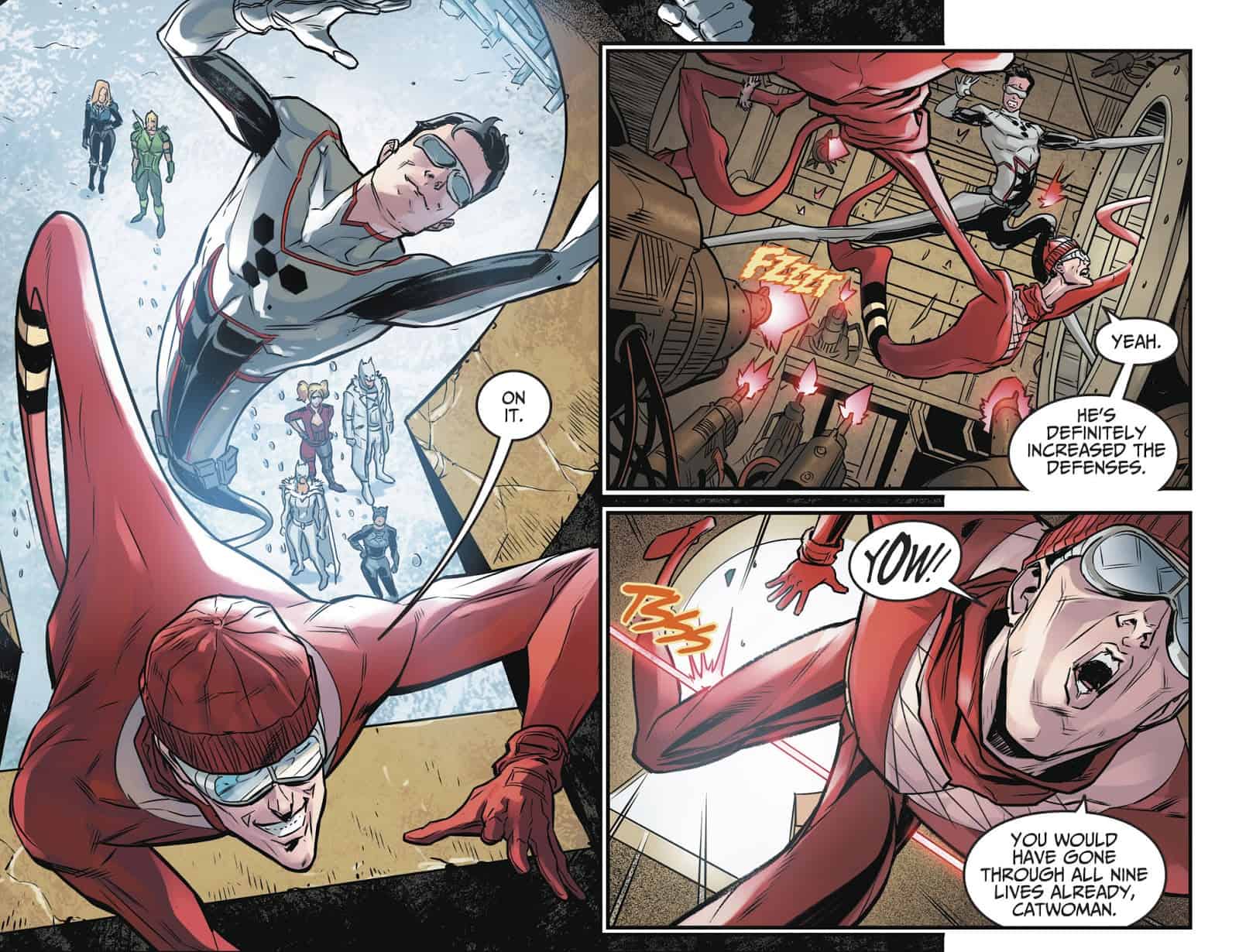 The pair succeeds in their mission and unlocks the gates to the Fortress of Solitude. However, the lasers aren’t the only defenses left by Superman as Steel is hit with a laser beam before she has time to even react. The all too familiar visage of Superman can be seen within the Fortress. Except, there’s four him waiting inside. The Eradicators, four robotic Supermen, are the next line of defense they must overcome to save the Teen Titans… 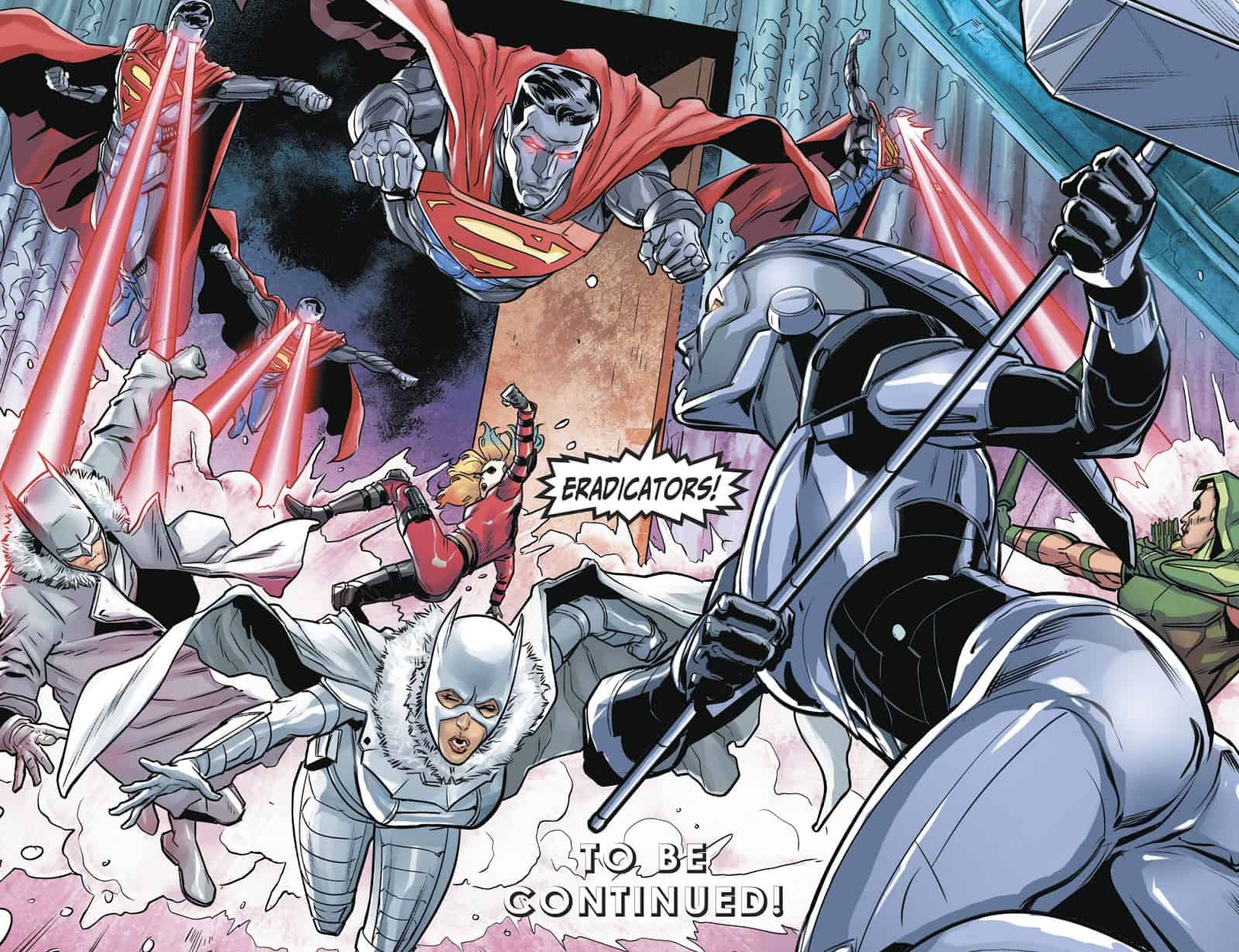 The Teen Titans (Superboy, Wonder Girl, Starfire, and Red Robin) are finally being set up for a return. Their first since Injustice 1, Year 3s Annual comic where Superboy was fatally injured and they were sealed in the Phantom Zone to keep him alive. In a nice reference to “Reign of the Supermen!” Eradicator makes his debut as a set of 4 robotic Supermen. A callback to how Steel, Superboy, Eradicator, & Cyborg Superman tried to fill the void after Supermans death to Doomsday. Finding out the puppy was Bat-Hound was also a fun addition. It was interesting seeing Batman get called out for the string of failures they just suffered. Even if it got undermined a bit by the severity of the latest crisis put on their doorstep.

Now this issue wasn’t bad, but it didn’t quite standout either. It introduced some cool new characters and progresses the story. But it didn’t really feel all that important. Like if this was a movie it’d be one of the scenes you jump cut over. The humor was nice though and it was probably done to kinda ease back after the horrific last few chapters events. It didn’t disappoint and served its purpose but wasn’t all that standout either.