General Zod has escaped the Phantom Zone and struck a devastating blow to the Teen Titans. Now Batman plans to take him down once and for all.

Recap:
In an attempt to deal with Ra’s Al Ghul’s secret weapon, AMAZO, Batman and his team rescue the Teen Titans from the Phantom Zone. While they were successful in this, they unintentionally freed General Zod in the process. After striking down Robin (Tim Drake) and fleeing, Batman pursued him. Using the same gas used on Superman to create the Injusticeverse on Zod as part of his plan for revenge.

Review:
After closing the last issue without showing General Zods fear, this chapter opens up showing just that. His fear of Classic Superman telling him he failed Krypton. That he’s not special and was wrong about Kryptonian superiority. 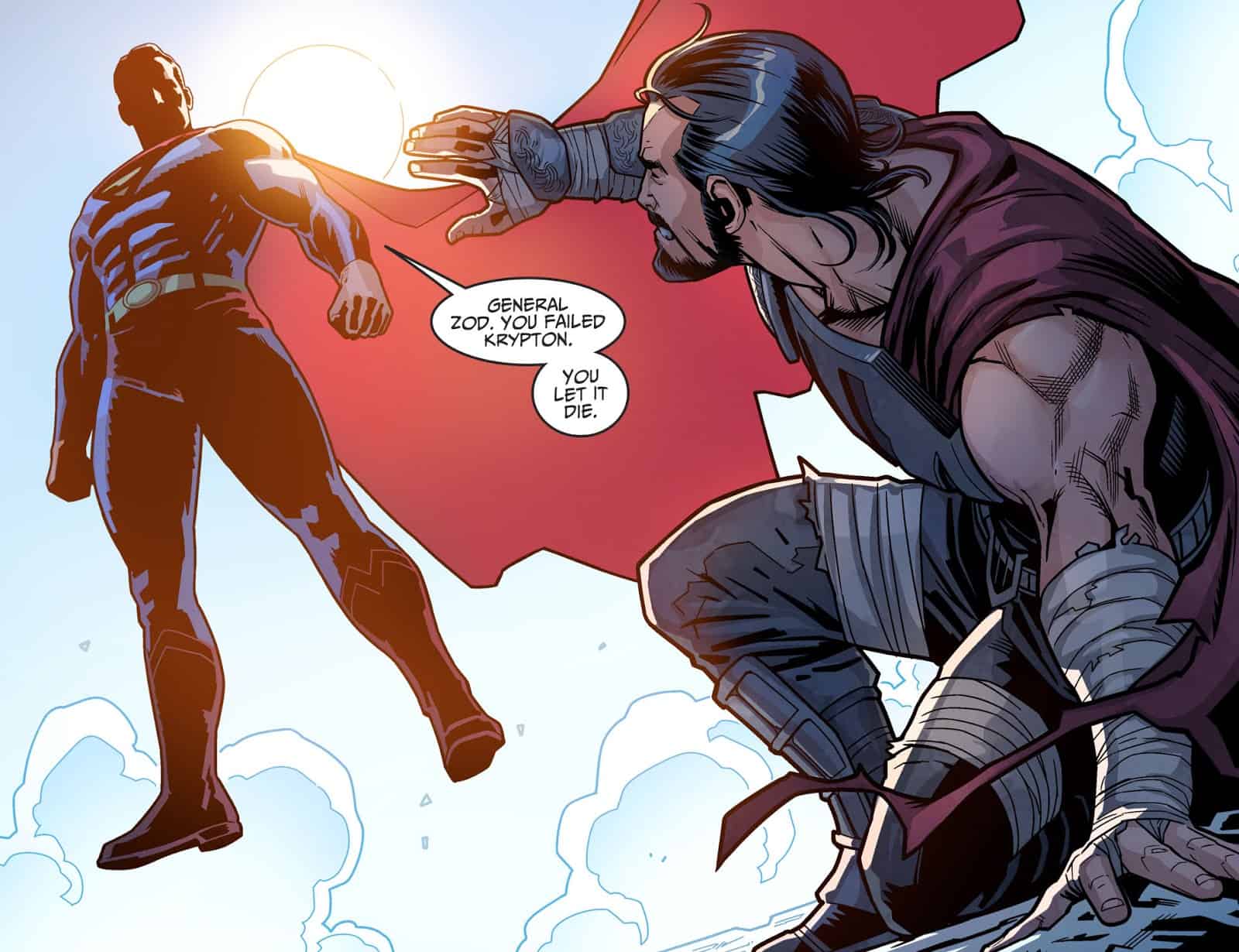 It switches back to reality as Batman admits he doesn’t care what Zod is seeing. Just that he goes back to the Phantom Zone for the rest of his days. Their titanic battle, however, catches the attention of Gorilla City. Ra’s is unhappy about Zod fighting Batman, being fully aware that he only cares about Kryptonians. The moment he finishes with Batman would mean Earth was next. It shifts back to Batman vs Zod when the Kryptonite Fear Toxin wears off. Zod prepares his counter-attack when a third-party suddenly joins the fray. AMAZO has arrived. 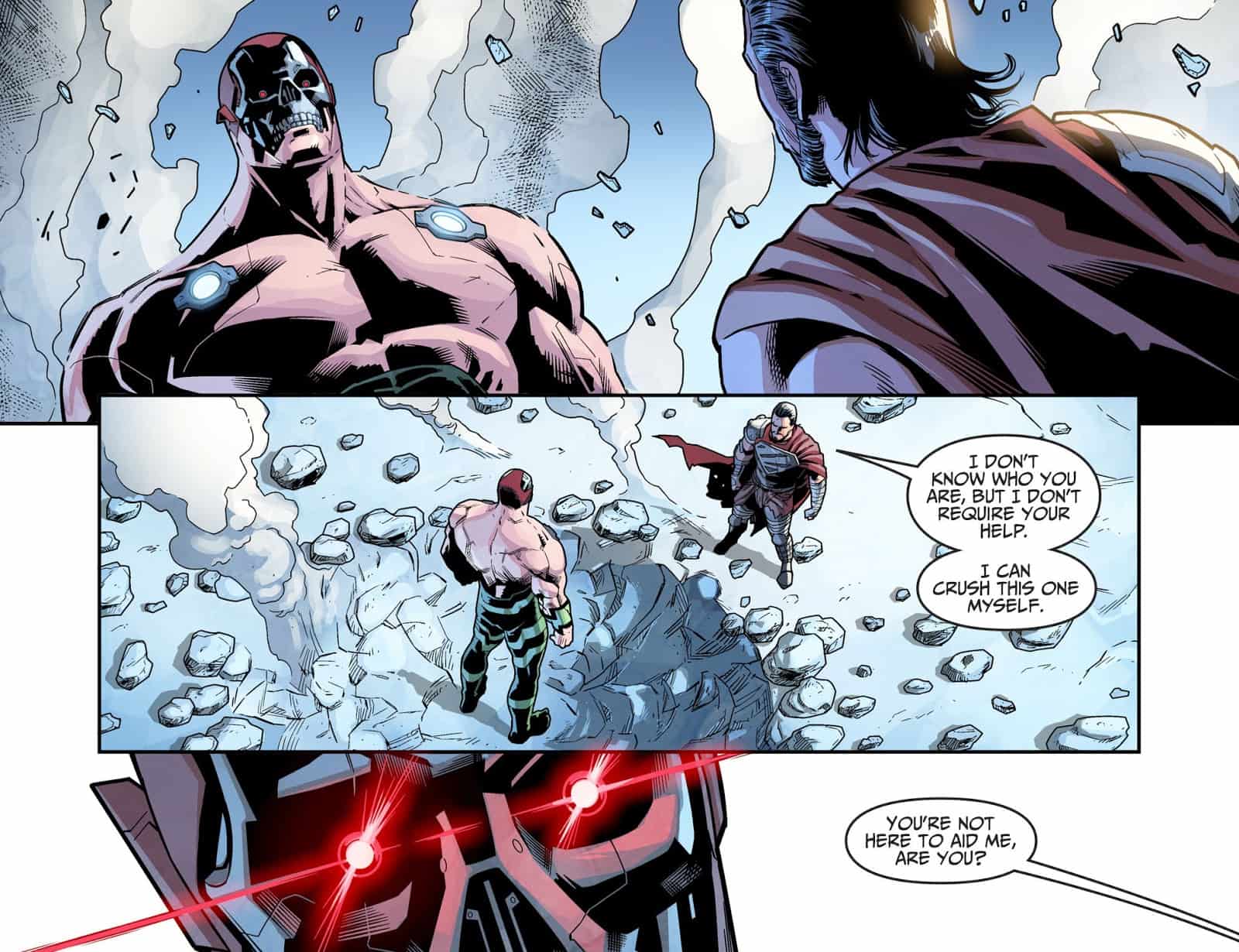 Seeing that AMAZO isn’t a potential ally, Zod makes his move but is stopped with a single hand. AMAZO quickly gets behind Zod and pulls a Man of Steel. Except instead of just breaking his neck he tears the head clean off and flies away with it like a trophy. Batman calls Batgirl to tell her about Zod’s death. He has no idea who or what AMAZO was but has an idea. He asks her to help him with something secret before going to a hospital. Batman goes to visit Wildcat, who lay in a coma after being shot by Dark Batman during their battle with Ra’s Al Ghul. The doctor informs Batman that he may never wake up before leaving to give him privacy. Batman begins to open up to Wildcat about them failing the Society. That while the Society left the world for Batman and the next generation, the world has just gotten worse. That he couldn’t stand to lose another person after losing Dick, Tim, and to a different extent Damian. He apologizes one last time before ripping out the life support machine so that Wildcat can die… 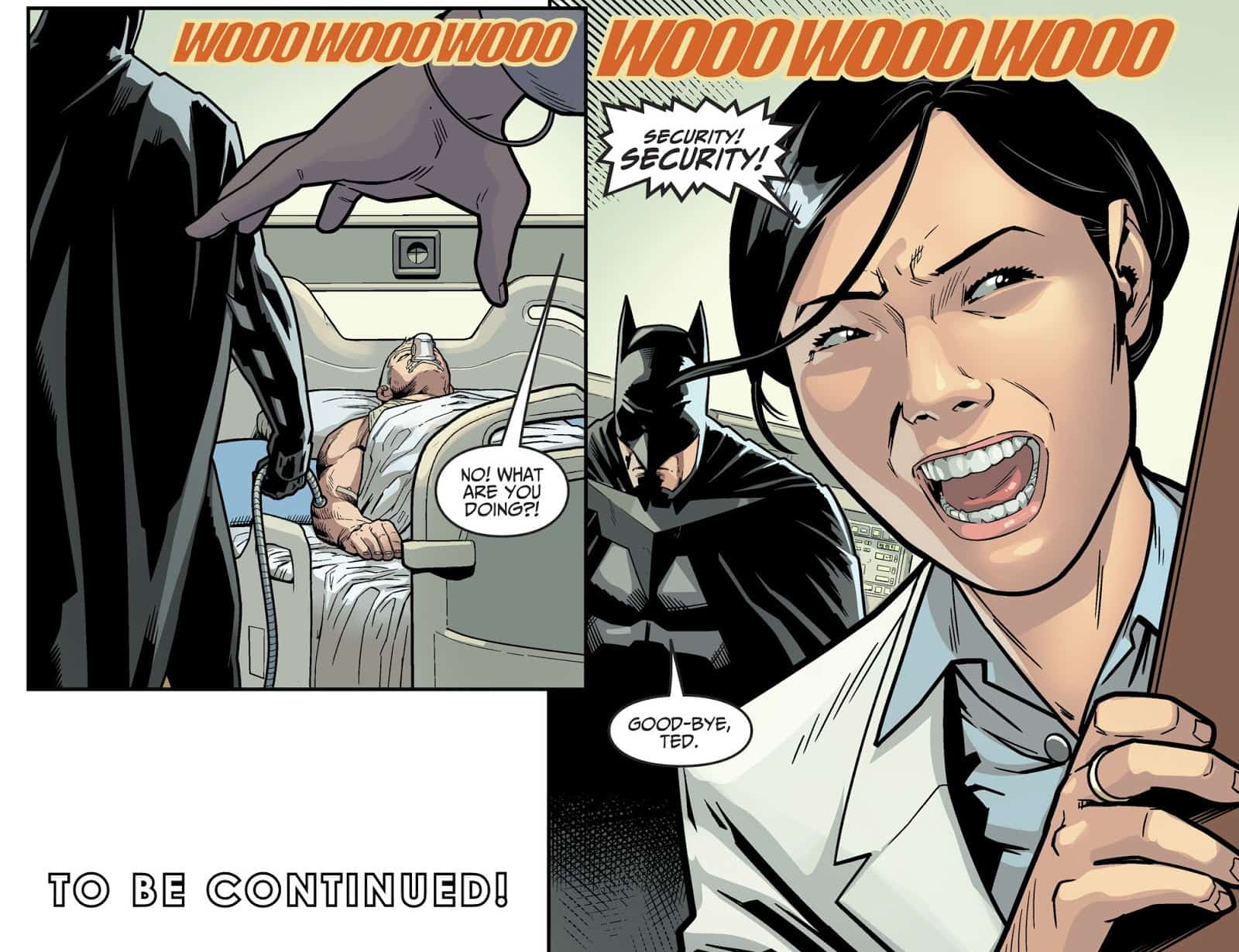 Final Thoughts:
Well, that was unexpected. Zod died in seconds, Batman finally met AMAZO, and now he’s euthanized Wildcat.  It seems between this and asking Batgirl to get whatever it was he needs from her, Batman has begun taking new steps to dealing with AMAZO. But given his recent plans string of half-successes, it’s debatable how well it’ll work out.

I think this was one of the few times they outright admitted that Zod has a fear of Superman and being wrong about his long-held superior complex. I was expecting Zod to put up a fight but he just went jobber on us to AMAZO. A fact that puts all of the last few chapters into perspective. Zod took out all of Batmans team with ease and shot down his Teen Titan plan with Robin. Then in less than 30 seconds, AMAZO killed him in one move. I’m getting the vibe that whatever Batman has planned, it has to be supermassive or dark like his most recent plan. I have no idea what Wildcat can do besides punch people but I’m guessing euthanizing him will have a deeper purpose. But even so, I question what he can add by being brought back into the team beyond experience. Alternatively, this does make me think we may be getting something Red to take him down.