After her arrival on Earth, Kara Zor-El was found and taken in by Black Adam. After helping free Wonder Woman and her Amazons, she now trains to be a warrior. 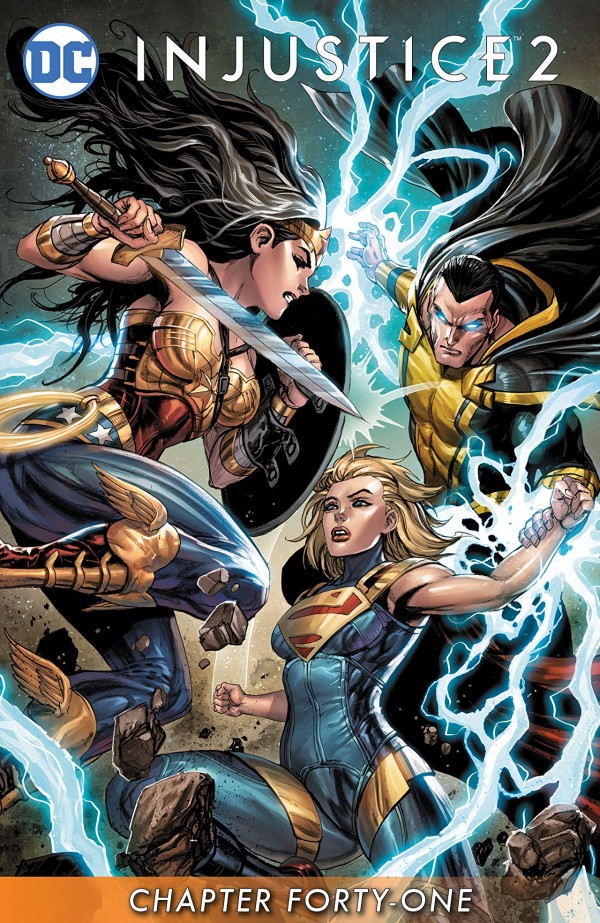 Kara Zor-El continues her tutelage under Black Adam and the Amazons after helping liberate Wonder Woman and a number of defected Amazons. At the same time, the new Blue Beetle begins his own training under the time-traveling hero Booster Gold.

The opening page really set the tone for the chapter and Booster Gold is always a treat. Just everything with him and Ted was so sweet. Even the stuff with Damian & Kara is cute at times. It’s nice seeing a more normal side of them so we aren’t just getting railroaded into hating them thanks to canon. 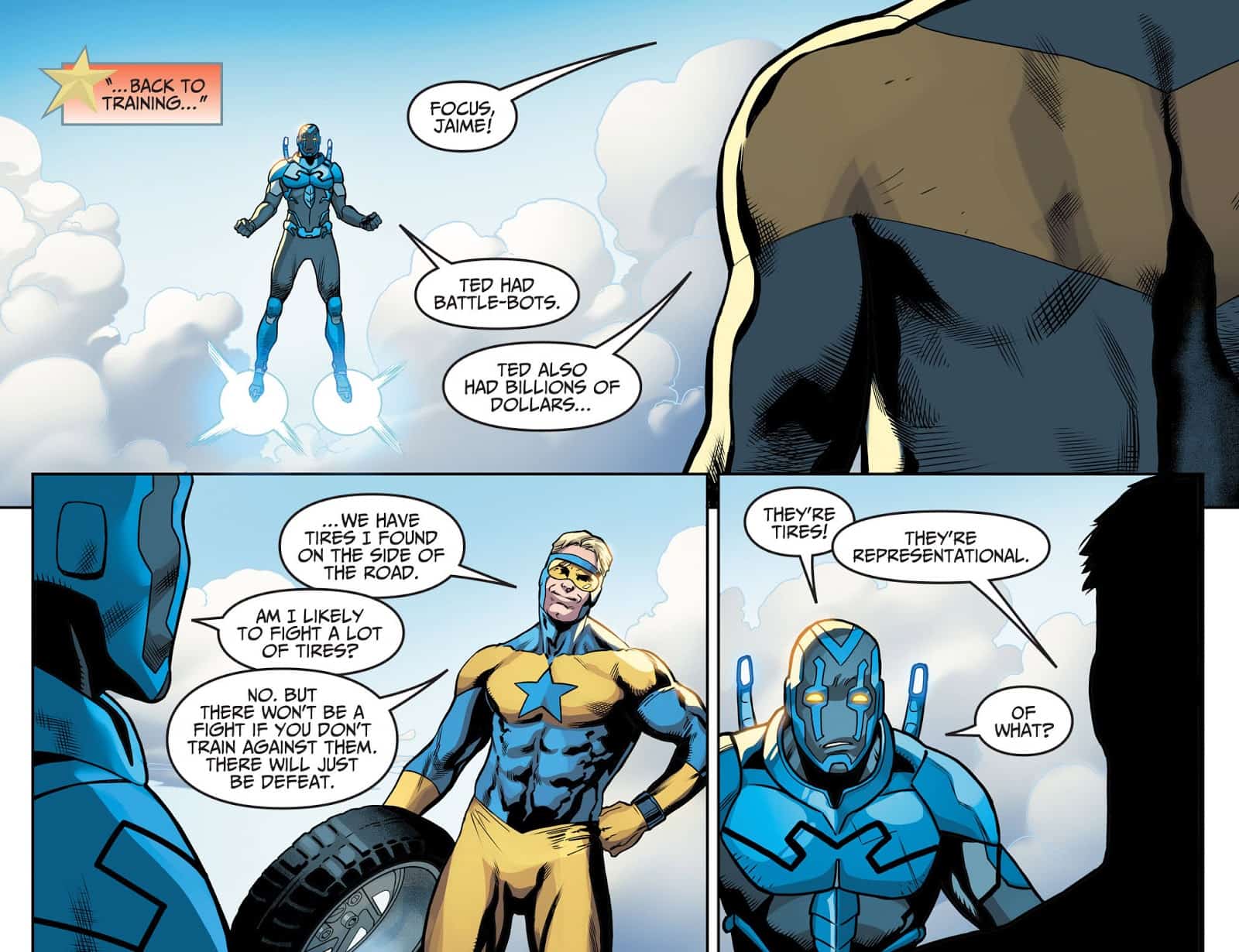 I admittedly forgot the Regime was even a thing still so seeing them get involved in the AMAZO plotline will be interesting to see. This is also the first Injustice 2 issue where there were two artists working on the comic rather than just one. It’s not glaringly noticeable like one section is standard western comics while the other is abstract but when you notice you can tell the subtle differences. Not really a bad thing but definitely an interesting thing of note. 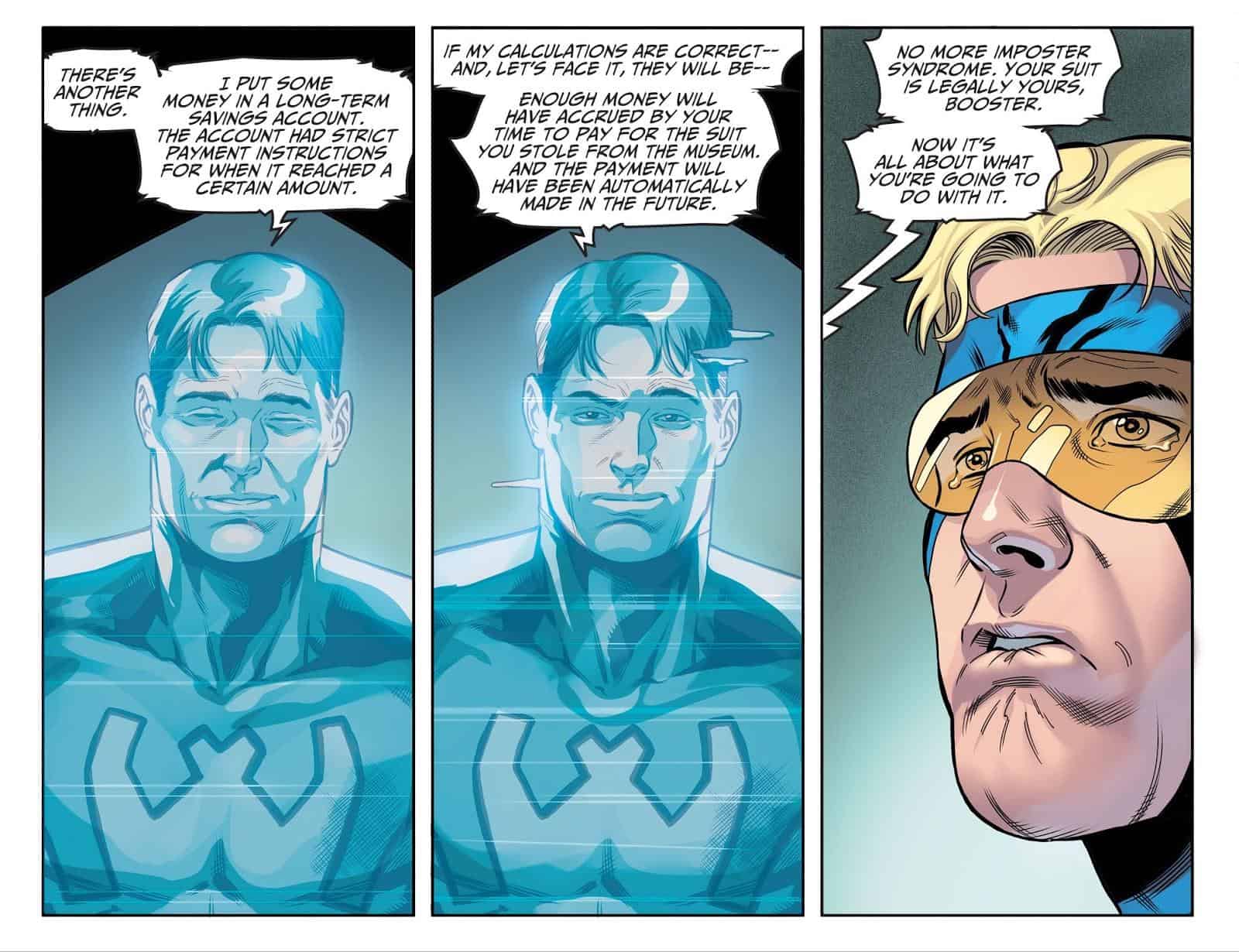 This was a cute and funny chapter that shows the lighter parts of the Injusticeverse that remain.