For every battle, there are winners and losers. How will Ra’s and Solovar handle losing their trump card? 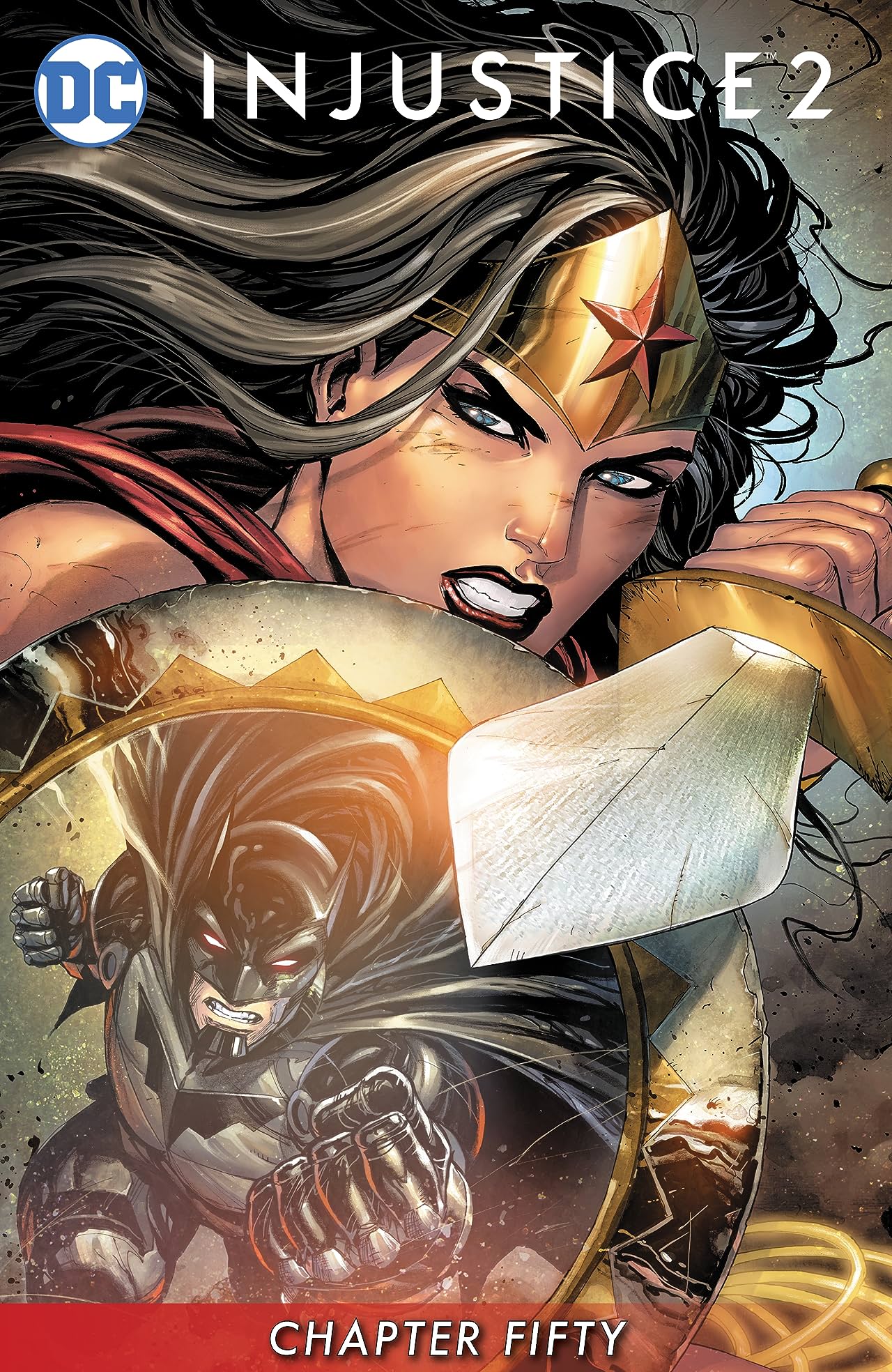 Having failed numerous times, Athanasia is imprisoned alongside her brother Damian. But with a surprise intervention by Talia Al Ghul, the pair are set free to do whatever they will. With AMAZOs defeat, the victors return to normal life. But a new threat now looms overhead…

This was a bit of an interesting chapter. A bit more of a segway chapter that set things up rather than a cooldown chapter. Vixen & Jason Todd are still out in the wild, both Batman & Wonder Woman’s teams have returned to their respective homes, Damian is MIA, and Athanasia is attacking Wayne Manor.

It was interesting seeing Talia appear as I can’t quite remember if she has appeared before this point in either Injustice comics. Though beyond that and setting up, it didn’t really stand out.

Final Thoughts: I have no special thoughts really. Besides how adorable Ace is in this issue. I’d love to see more of that.