Spawn comes face to face with the ringleader responsible for capturing Cyan and the death of Yoko and her family. But will he be able to beat the colossal demon? 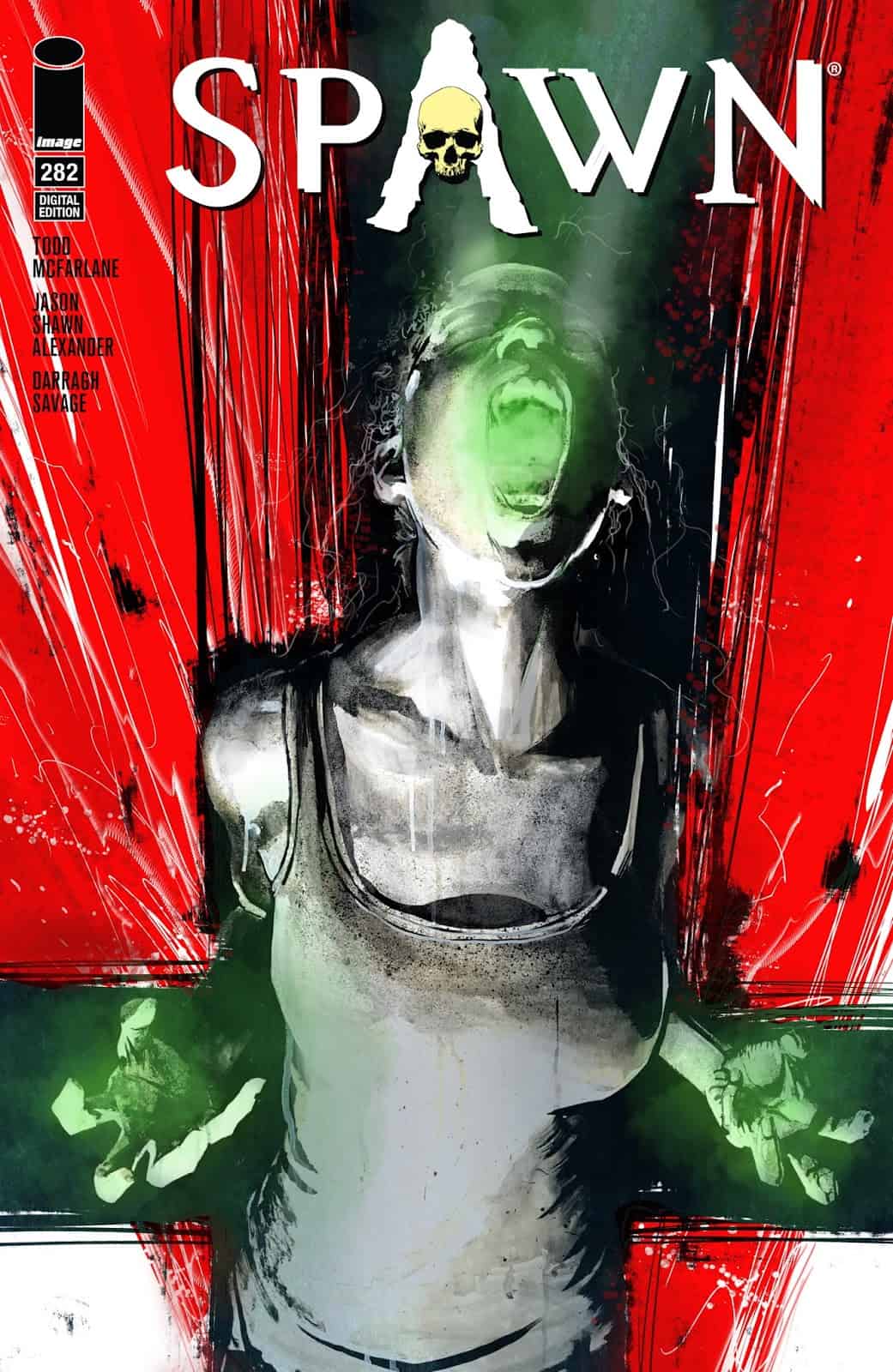 What You Need to Know:
In an attempt to protect Cyan, Spawn brought her to live with a family in Japan away from the forces of Heaven & Hell. Unfortunately, his plan fails and the family is attacked by the Demons. In an attempt to save them and get justice for the dead, Cyan finds herself captured as well. The ghosts who guided her up to this point being the innocents captured and turned into a powerful drug. Spawn arrives to save her but must first defeat a colossal red demon…

What You’ll Find Out:
Picking up immediately where we left off in #281, Spawn is face to face with his constantly growing enemy. One he seemingly is growing beyond anything he had faced in the past so much so he calls it impossible. He notes that the creature rivaled Satan’s scale but outside of Hell, you are still very much bound by the laws of physics. This meant that either a good portion of what he was facing wasn’t real, or it is and he’s no match for it. At least, the old Spawn would’ve been. Since he got his costume back to full strength with the aid of Cyan, it possessed a number of new abilities it never had before. This meant he too could theoretically perform the impossible. His thought is correct as he turns himself into a living spear and pierces through the Red Giants chest. 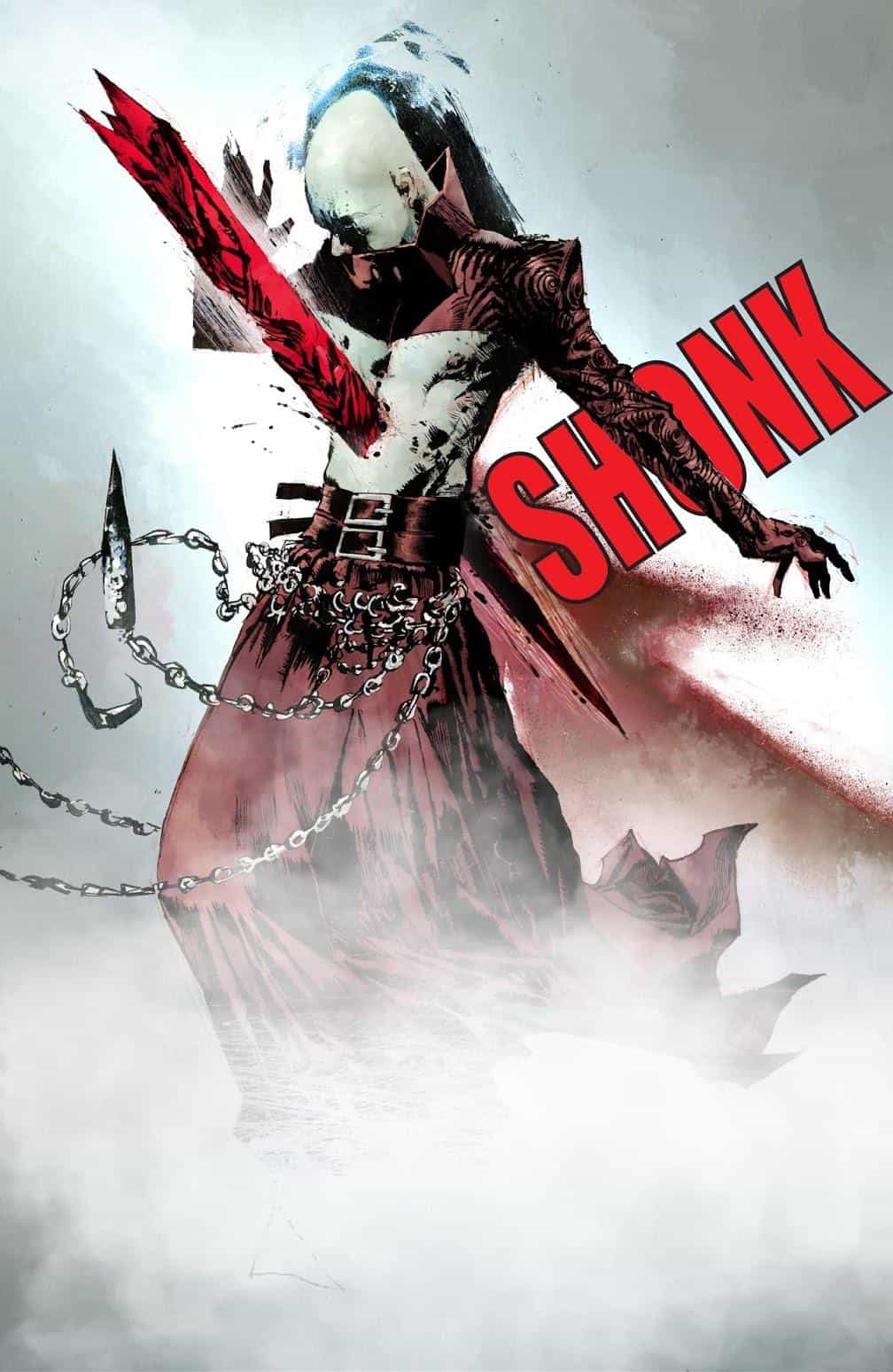 Elsewhere in the facility, Cyan struggles to try and free herself from her cell while Yoko watches on. Being a ghost, she can’t do anything despite Cyans pleas for help. Cyan grows increasingly frustrated and begins to lose hope despite Yoko’s best attempts to keep her going. The scene doesn’t last long when it switches back to Spawn as the Red Giant reawakens. Spawn dodges the attack and the destruction it causes frees Cyan from her cell. Cyan finds new resolve in her anger and prepares to leave. She’s almost immediately found by Demons who she quickly incinerates in seconds. Yoko tries to convince Cyan to escape while she can but she refuses to abandon anyone left in the facility. Her noble decision is rewarded with finding the colossal demon used to make to make the soul drug. Off-screen she seemingly encounters more ghosts. Although unlike Yoko, they aren’t so pleased to see Cyan. They confirm that all the other prisoners are dead and wonder why she was the only one to live. Why she was the only one to keep her body. They lash out at her and the stress becomes overwhelming. Cyan runs from the room and is consumed with fear and despair. 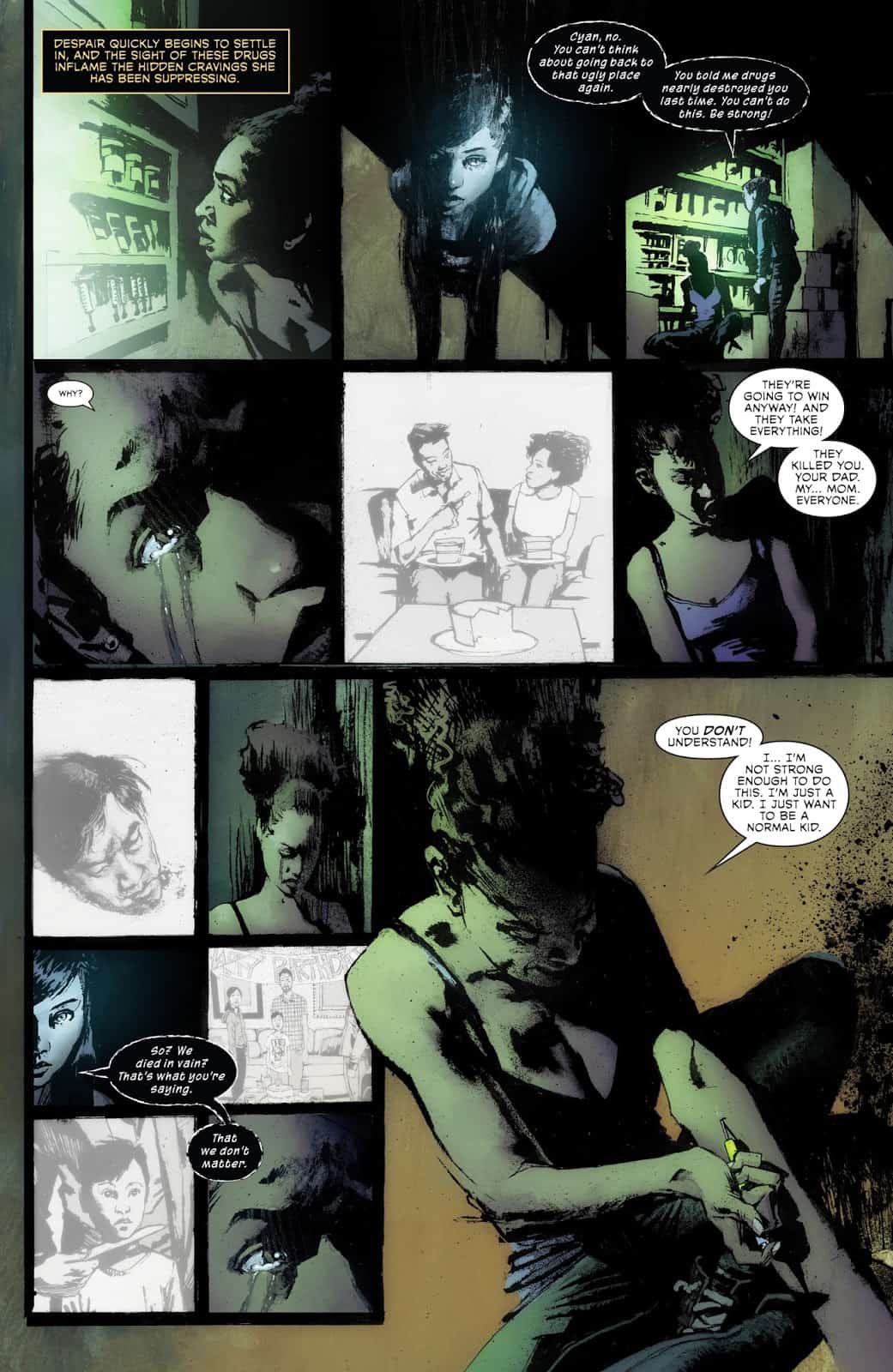 Cyan, despite her best attempts to show the contrary, is still fairly young and all she endured weighed on her heavily. Using one of the drugs nearby, she gives into her former addiction. Rather than giving relief, she’s overcome with pain. Unable to tell if it was from the mystery drug she just took a hit of or because she gave into her addiction once more. It takes the third option of being pain from both simultaneously. Back to Spawn, he continues his battle against the Red Giant and is on the losing side of the fight. He asks Spawn why he continues to care about Humans despite not being one. His head transforms into a grotesque sea of teeth when a voice calls him a coward and to leave Spawn alone. Cyan, now consumed by Black Mirror, tells the Red Demon if he wants to dominate mankind he’ll have to deal with everyone who won’t go quietly. He calls her a child and she admits she tried to be but his drug has changed her. She then uses Black Mirror to make him feel all his victims pain which drives him to tear his own head apart. Spawn, now awake, calls out to Cyan but she says that Cyan is hiding somewhere safe. Implying that Black Mirror may be both a power and a type of split personality. Spawn tries to reach out but Black Mirror Cyan shouts loud enough to literally launch him out of sight. With Spawn gone and the Red Giant slain, Black Mirror Cyan destroys the facility and frees all the souls trapped there. The final page is split between Black Mirror Cyan as she floats above the ruins and a close up of Spawn’s face. The dialogue states after this incident, Spawn searches for her for two days before Cyan finds him herself. They’ll hug and be overjoyed at finding the other but both will know that their lives will never go back to what they once were after this ordeal. 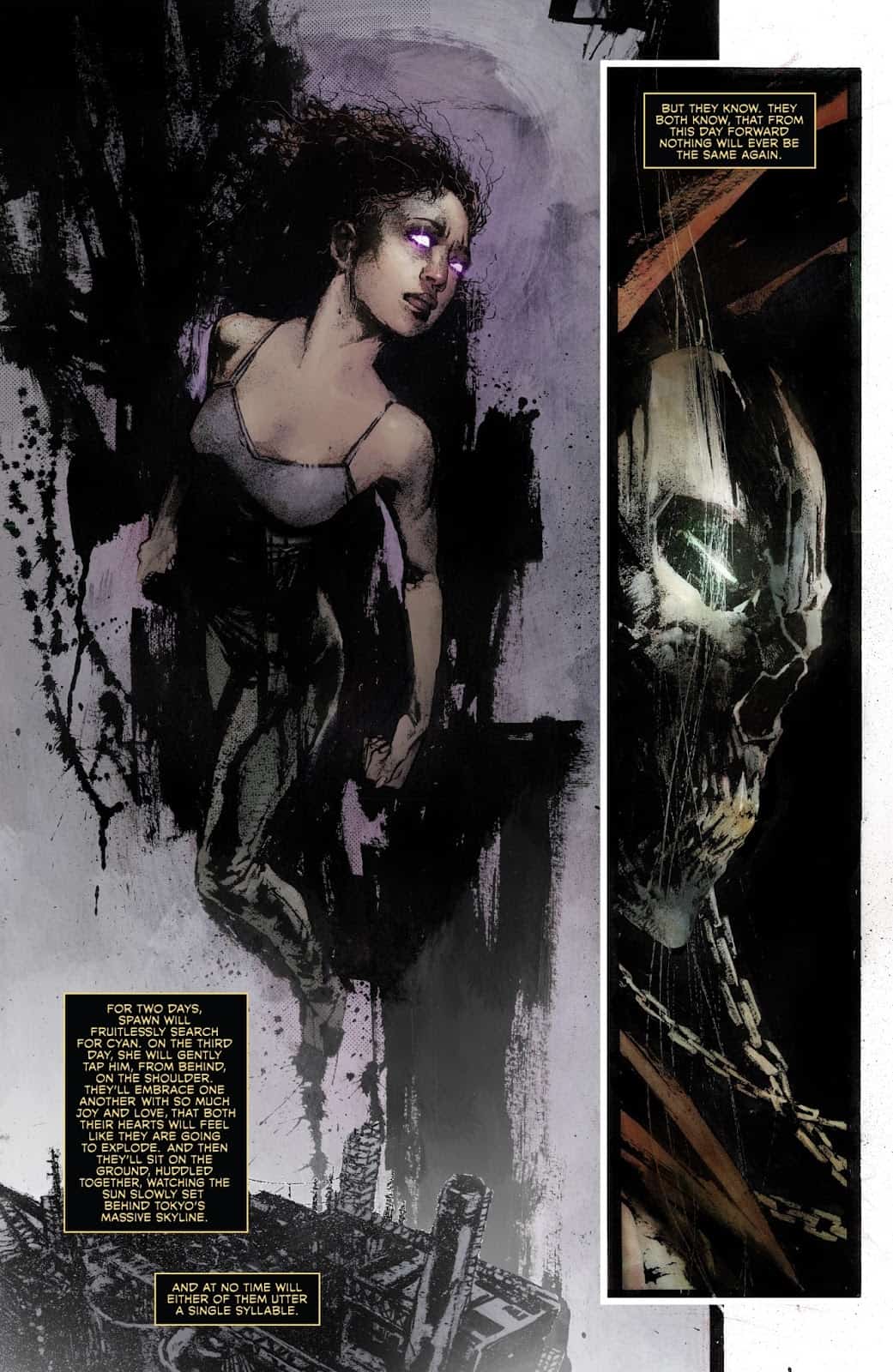 The Red Giant has fallen and his Drug Ring seemingly destroyed. In a nice twist, it does in a roundabout way end up being Cyan who saves the day rather than Spawn. In classic Spawn fashion, even when the heroes win it’s a bittersweet victory. They stopped all the Demons but beyond Cyan, there were no survivors. Cyan also has given into her addiction once more so that could potentially have long-lasting results and the trauma of it all seems to have given her powers a persona of their own. It was really interesting to see that Demons can bend the rules of reality beyond Hell to an extent and that Spawn now seems to be able himself to an extent. It builds up the potential for sealing off Heaven & Hell causing the laws of reality to bend to accommodate their supernatural prisoners. The added depth to that alternate persona for Cyan was also interesting. At first, they made it seem like she was being possessed but given it seems to be a trauma-induced thing, it puts her past with Spawn into perspective.

Final Thought: As always, I really enjoyed Spawn and it was good and kind of messed up in the right ways. It was a bit of a slow burn arc that focused heavily on Cyan, but the ending was worth the build and somewhat minimal Spawn.