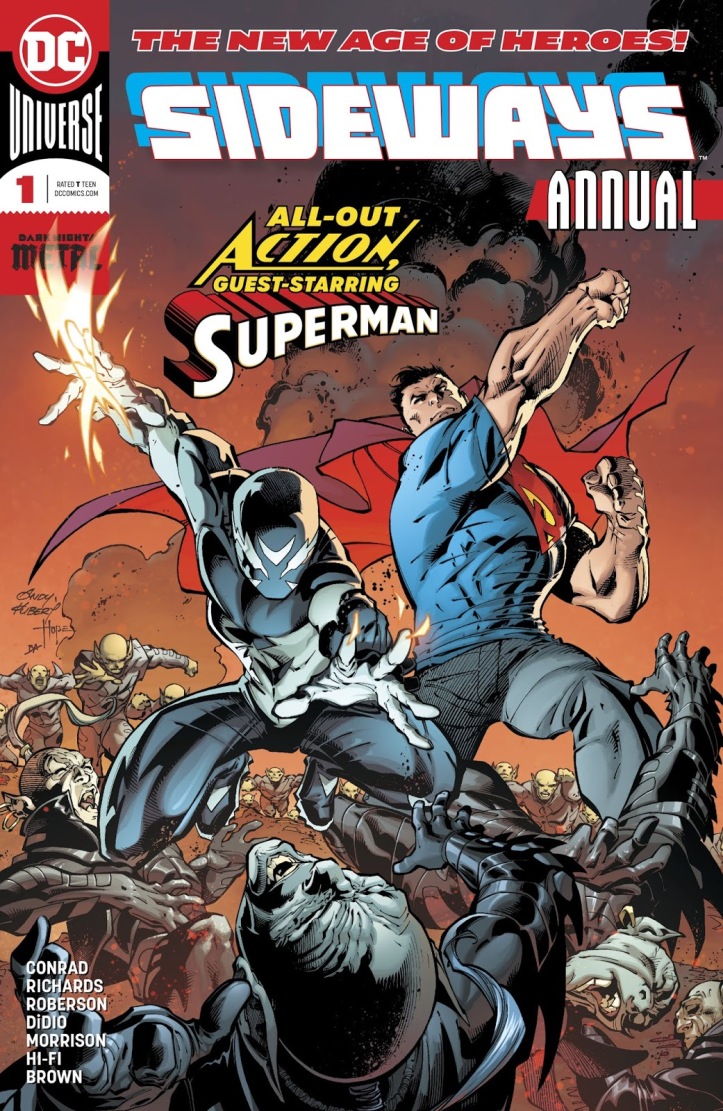 Having found and saved New 52 Superman, Sideways gives the Unseen a second chance at life before returning to save the Seven Soldiers. With the Man of Steel by their side, it’s easy to reunite the Seven Soldiers and return to their own reality.

This was a fun Annual. The interactions between Sideways and New 52 Superman were nice and the jokes the pair had amused me. There was a ton of action and for the uninitiated like me, they gave some backstory details on New 52 Superman so we knew what made him unique. Like him being MUCH more focused on fighting than standard Superman yet still being a generally good guy. This was really the main highlight of the Annual. Seeing Sideways and New 52 Superman get along and just how much it meant to the new hero to interact with him was a nice touch. As well as them leaving the door open for New 52 Superman to return somewhere in DC.

Normally, such a quick and easily resolution would bother me. But you just accept the second a Superman appears that things will just turn out good in short order. Peerus’ unceremonious defeat was also hilarious to me after the build-up they did for it. As for the art, this book is split in two. The first art style is the new standard that Sideways has been using which is fine. However, the epilogue of sorts that ties up the loose ends with the Unseen uses the old art style.

It’s a bit surprising to see the switch back and makes me wonder if the art shift was strictly for while they were in the Dark Multiverse. That would be an interesting artistic choice to show it’s not his world but only time will tell if that was actually the intention. 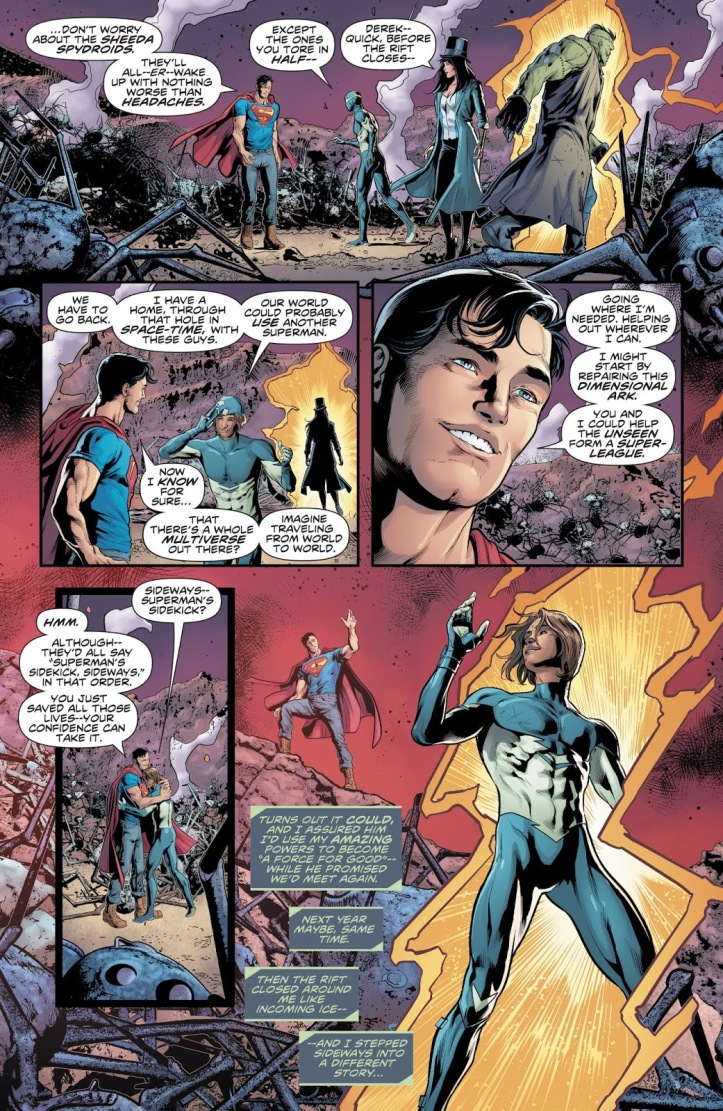 This was a nice if somewhat quick end to Sideways journey into the Dark Multiverse. I can’t wait to see how he continues to grow and when New 52 Superman will return once more.