Sideways is back home but the price of heroism is great…

Sideways returns to reality but a week has passed since his departure. He’s missed his mothers funeral, Ernie’s personal life is exploding, and Dark Star Sciences is still after him. But the young hero has grown since his trip into the Dark Multiverse. Showing he can be a true hero as he defends France and encounters his first major Super Villain…

The first thing you’ll notice about this issue is the art has returned back to the old art style. A nice artistic style shift from the Dark Multiverse which was far less distinct but now pretty much is proven to have been done to show how foreign it was from the norm. The second thing you’ll notice is while this is a sort of cooldown chapter a lot happens, likely the result of Sideways sudden cancellation. 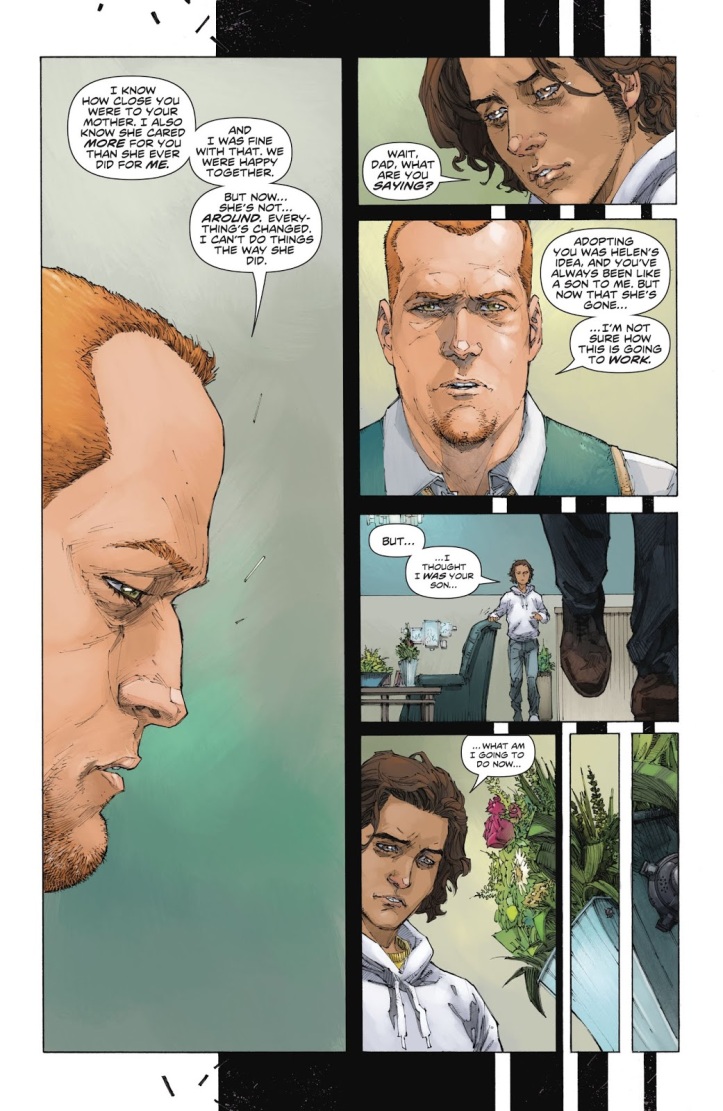 We some pretty heavy blows from Sideways missing his mom’s own funeral and his dad not even wanting to be his dad anymore without her. Something you can feel and understand easily even if you aren’t adopted yourself. How tragedy can make someone suddenly abandon you. Though in this case, being adopted does strengthen the impact. While not as important or showcased, Ernie’s family is similarly imploding with a divorce and split custody. 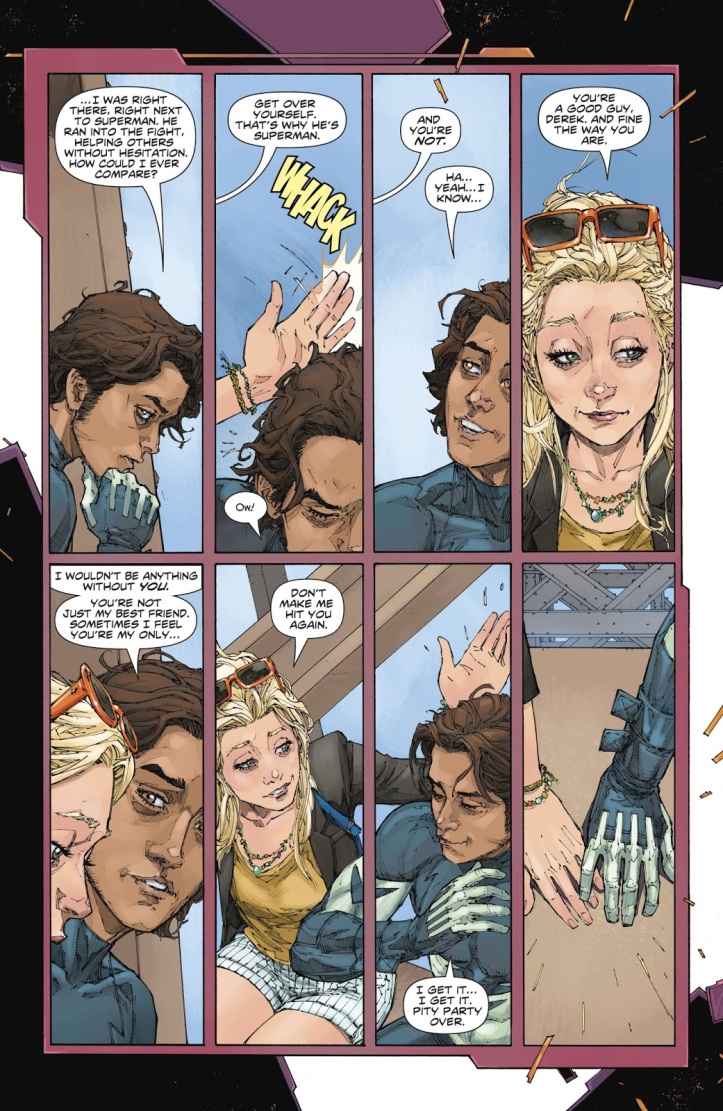 It’s a very dialogue and character development heavy chapter and we see just how much meeting full-fledged heroes meant to Sideways. Further showing his growth and even a bit of action now that his confidence has been bolstered. But this is particularly interesting as the threat is the villain Bolt and we get references to Leviathan, a future threat to Superman. 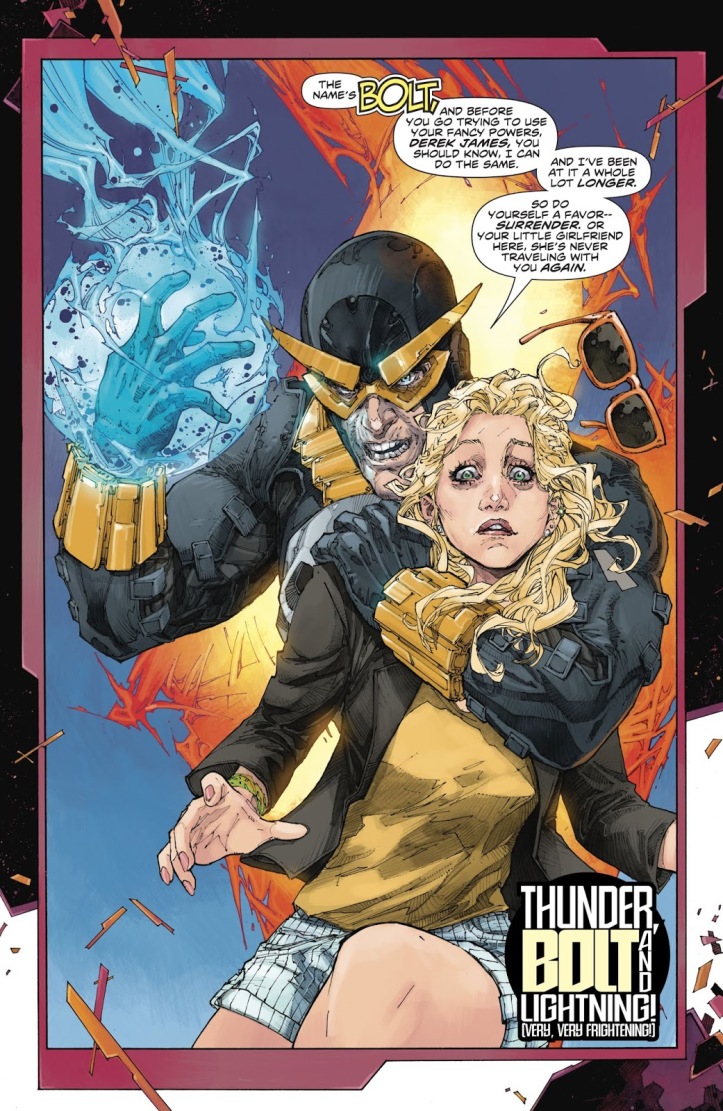 It’s a shame to see him go as he’s starting to convincingly grow up before our eyes. At least they’re setting up his presence as one to live on in DC lore.