The Legendary Super Saiyan has returned for a fourth time. Bringing new revelations, awesome fights, and you know…being canon for once. 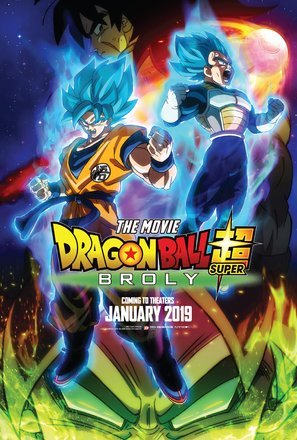 Recap:
Dragon Ball Super: Broly takes place a relatively short time after the ending of the Dragon Ball Super anime. Showing us a “new” take on the destruction of the Saiyan Race which sets up the origin for fan favorite Broly. As well as putting the plot of the movie in motion. Revenge by Paragus (Broly’s father) against Vegeta in the place of the deceased King Vegeta with the aid of Frieza. As well as Frieza in his bid to use the Dragon Balls for his own nefarious means. 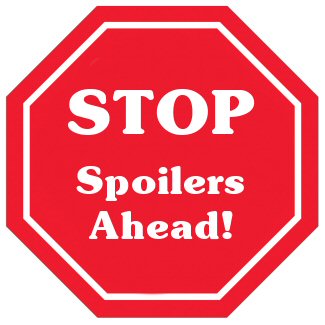 If you went past the picture that means you came to get spoiled so here goes. The movie starts out with a flashback to back when Planet Vegeta was still around for the first bit of the film. Which is the first mixed part of the story. The Planet Vegeta portion is a massive retcon of sorts. Originally, for years we had Bardock: The Father of Goku telling the tale of Bardock. A low-class warrior turned precog who saw Frieza’s betrayal of his people. Tried to prevent it and ultimately failed but died happy knowing that Goku would live to unknowingly avenge his people. A really iconic moment for Dragon Ball…which is now somewhat undone. As a bit of backstory, that Bardock special wasn’t actually made by Akira Toriyama. But since it was so good it kinda stuck around. Until he created Dragon Ball Minus, a retcon to those events as Toriyama’s official retelling of those events.

But given that this is also introducing Broly’s origin albeit modified greatly from his original film as well we get something totally new. Dragon Ball Super Minus if you will. Here we see King Cold step down to let Frieza take over the Empire (with cameos from Zarbon, Dadoria, & the Ginyu Force) and leader of the Saiyan race rather than Frieza already controlling them. Broly is sent away by King Vegeta in a mix of outshining Prince Vegeta IV (a new name addition or rather a confirmation) and simply going insane from his own overwhelming power. Paragus chooses to follow him to get revenge but a crash landing leaves them stranded. So far we’ve just gotten a bit of expansion on the lore while canonizing (and fixing) Broly and Paragus. No more insanity because of a crying baby this time. But now comes the reintroduction of Bardock and integration of Dragon Ball Minus… 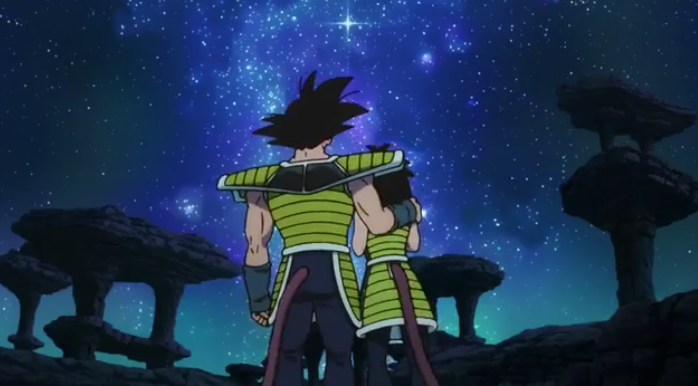 Here Bardock is a much more standard lower class warrior and we even see Goku’s mother, Gine. Both send them off when Bardock deduces that Frieza might betray them just in time to die themselves. There is no red headband or loss of his team or battle against an army of Frieza Soldiers to get to Frieza himself. But in a change from Minus, rather than simply dying unceremoniously we get a much sadder scene. Here we get to see him on the surface of Planet Vegeta doing a continuous Ki Blast (rather than a single blast) desperately trying to stall Frieza’s Super Nova only to be consumed by it along with his love and his friends. Visually referencing that entire scene in the original special. The sense of hope is greatly diminished from the original which fits the films overall sad tone and atmosphere. It’s sort of a middle ground between Minus and Bardock: The Father of Goku but this will likely leave fans of Bardock with a sour taste in their mouths. It fits the new canon but Bardock is also now significantly less impressive. We also get confirmation that Tarble (Vegeta’s younger brother) is still canon…although it’s ambiguous if he’s still alive himself or getting killed off in this retcon. When we shift over to Raditz, Vegeta, and Nappa getting the news off-world we find out that there was actually another Saiyan accompanying them. So either he died while the Saiyan Prince was growing up or there are more Saiyans hidden around now for future use…But this leads into another possible retcon…

With the introduction of Battle of the Gods, the God of Destruction Lord Beerus has been quite important. We also get the revelation that Frieza destroyed Planet Vegeta because of Beerus’ orders. But here, it’s suggested that Frieza was doing this entirely because he didn’t want the Saiyans to rise up against him. Namely, a Legendary Super Saiyan. Now it’s entirely possible given the brief time jumps that Beerus did still give the order off-screen, but it’s a bit odd that they take this out. Especially with Dragon Ball Super and Revival of F showing that Frieza is fully aware of the God of Destruction. But this comes off as being axed to streamline the plot which is overall way more focused than usual. After the past segments, we shift to the present with an awesome montage and remixed version of CHA-LA Head-CHA-LA!

This works as a segway into the music. Beyond this one moment of CHA-LA Head-CHA-LA the music takes on a very somber and epic Hollywood-esque soundtrack. Even the theme, Blizzard, only appears during the credits. It’s a bit odd yet fitting with the rest of the film which is of equally high quality. The most memorable tunes using simple vocals to accompany the fights they back. Broly vs Vegeta has it repeat Paragus’ “Go Broly!” line. Broly vs Goku has original Japanese audio from Broly the Legendary Super Saiyan screaming “KAKAROT!” and Broly vs Gogeta has it say…well… “Gogeta!”. It’s hard to hear or understand sometimes but when you do it really fits the scenes. The visuals are stunning and the animations for the expressions are great. You really feel what they feel especially when they’re in pain. They do use CGI but compared to their previous attempts with it, this works far better. They’re more selective with the use of it and have it more reserved for extremely brief held shots or only a simple exchange. Sometimes it’s jarring but they aren’t nearly as frequent. You’ll probably notice when it shifts to CGI but at least it won’t be like watching Berserk 2016. 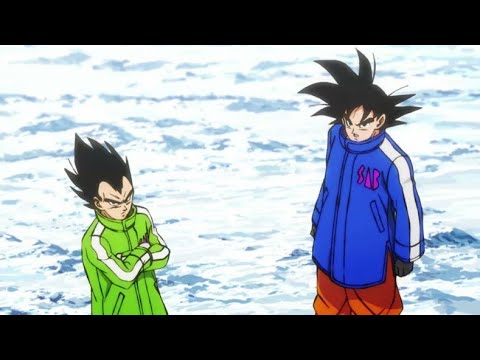 The returning characters hold true to their old personalities and their interactions are a treat. Despite all the depressing things in the film, you forget how comedic some of these people can be. Like Vegeta just being so tired of Goku’s buffoonery…or Frieza wanting the Dragon Balls to grow 5 centimeters taller…Not much really to say about that so let’s move onto the newbies.

Cheelai & Lemo are the primary newbies and the ones we get the most time with. Cheelai (left) is a thief who joined the Frieza Force to escape prison & Lemo (right) is a relatively older fellow who’s been with the Frieza Force for years. Both find Broly and Paragus and bring them to Frieza which really sets the plot in motion. Both are likable as you see them befriend the innocent Broly and try to save him from the clearly abusive grip Paragus has around him. Cheelai kinda gave me Bulma vibes in that she was a bit headstrong and crafty but well-meaning. Lemo came off a bit like “the old dude” without being a mentor type destined to die. They’re really a duo who revolve around Broly and probably can’t stand on their own currently. Cheelai could to some extent but they’re clearly meant for the support role. There are several other new characters in the Frieza Force but none get significant screen time beyond a scene or two. It’d be nice to see more of them but I can see why they didn’t get much focus currently.

Paragus is just the most unlikeable jerk ever. Part of you will understand his desire for revenge after his son is shipped out basically to die out of selfishness. Choosing to not believe Broly’s power will make him go insane. Rather than a headband like before Broly has a collar…a shock collar. One that, upon being revealed to Cheelai & Lemo gives us a background scene of Broly visibly being scared and backing away from it. He’s a man consumed in vengeance even moreso than in the original. The only time we get an actual sign he cares about Broly after his childhood is moments before Paragus is killed by Frieza when he worries that Broly might die. But even then it’s not so much because Broly will die but because his chance of vengeance will die with him. He is somehow easier to hate than Zamasu despite not being monologued at.

Broly is the primary focus of this story and man did they fix him. Rather than being angry because of crying Goku and just insane from his youth, we’re shown that he was/is a largely innocent person. Still being quiet and withdrawn but also nice at times. Unfortunately, the abusive shadow of Paragus looms overhead. It’s implied/outright suggested that Paragus only treated Broly like a slave and tool for his vengeance. The vice grip he has on the poor boy is so intense Broly won’t even talk without given permission. Trying to save Broly was something you actually wanted just because you know how terribly things have gone for him. In a way, it reminds you of Gohan. A nice Saiyan with unholy rage and a vast well of power who doesn’t want to fight but is forced too. Although his abusive parent doesn’t have a Clothes Beam or show any kindness. His power and transformation also has a gradual build up throughout the fights which was a nice change as well. But Paragus’ death is what triggers the transformation to Super Saiyan. Which is all the sadder when you realize despite all the abuse Broly still cared deeply for the monster of a father he had.

Unfortunately, you could see them setting up Broly turning hero/neutral by the end of the film. Although, this time it felt earned and within character. He doesn’t want to fight and Goku offers to train him which leaves Broly, Cheelai, and Lemo as possible regulars in Dragon Ball Supers sequel (Much like Whis & Beerus before them). Frieza similarly is now hellbent on getting revenge even harder on Earth so he remains very much a threat and one intent on reclaiming Broly for himself. This also marks the second time the primary threat (the first being Beerus) wasn’t killed by the end of the film. Much like that time a lot of this is leaving the door open for future returns. 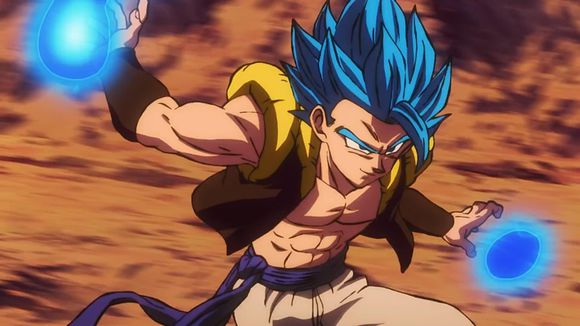 If you saw the last trailer or played Xenoverse 2 you know that Super Saiyan Blue Gogeta was going to be how the beat Broly. Knowing ahead of time somewhat diminished the impact but once he started fighting it was a glorious visual spectacle (like literally breaking reality and fighting outside of time and space briefly). Overall, the fights were great but at times a bit disorienting. They really tried to show how fast paced some of the fights were and sometimes even doing it from a first-person view. Interesting techniques but rather hard to follow in a few instances.

Between the new content and callbacks to the old, you’ll be in for a treat if you’re a longtime Dragon Ball fan. A lot of time, money, and effort was put into this and it shows on every front. There are little issues here and there but the experience is well worth it. Unfortunately, you DO need some background for it to fully enjoy it. Seeing the previous films will help but without knowledge of basic Dragon Ball Z lore and a good knowledge of Dragon Ball Super you will very likely be lost. At the very least, you can enjoy the action and visuals.