After a decade, Marvel Ultimate Alliance has returned! But is it worth the buy? Yes…yes it is.

After a decade, Marvel Ultimate Alliance 3: The Black Order has arrived. Taking inspiration from multiple forms of media to create a largely unique take on the Marvel mythos.

The story for Marvel Ultimate Alliance 3 as a whole is original. But largely is inspired by the 2013 crossover event, Infinity. Fittingly, this is also the storyline that introduced Thanos’ Black Order which take center stage. Being built around the characters in a race against time to get the Infinity Stones before the Black Order can get it to Thanos. The story is largely told through cutscenes, in-game dialogue, and talking to characters to trigger the next part of the mission. Compared to the previous two entries, it is far more built around the cutscenes than the outside conversation which we’ll elaborate on later.

Being a story built around getting the Infinity Stones, each stage is a different location where they believe a Stone is located. Mixing the overall plotline with whatever plotline is made for that stage. Unfortunately, this has led to characters becoming utterly irrelevant after their one stage. This goes for both the playable characters and especially the non-playable ones. This makes the story feel a bit disjointed as beyond the mid-stage dialogue, the cast feels very divided. It’s not like the original where characters from one World would consistently travel to others or appear somewhere they wouldn’t normally be. Like seeing the supernatural Blade in Murderworld or saving Nightcrawler/Jean Grey from Mephisto. If I had to choose who the primary focus of the story was, it’d be the Guardians of the Galaxy. 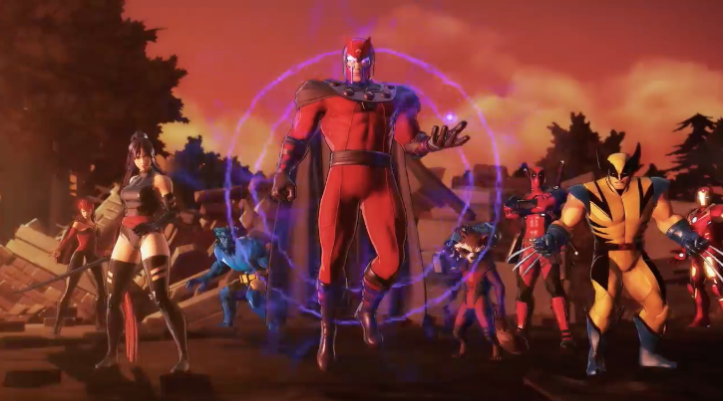 Dialogue is very MCU sounding at times with many characters being quippy both in and out of cutscenes for better or worse. Other times they’ll be punny or dishing out some wordplay that references some trait of theirs. Some like the Black Order get minimally affected then you get Doctor Octopus who loves saying “Superior”. It’s not quite Batman & Robin tier yet but it does get noticeable at times.

There’s no HUB world this time around so you only get to talk to NPCs (or non-selected playable characters) at certain designated safe-zones before continuing. Usually, they’ll have something relevant to the plot or explain a bit of their background. Suggesting that much of the comic history we know has happened. With the Season Pass adding three new storylines we can expect to see more references

Combat this time around has changed quite a lot. Now you only get light & heavy attacks with grabs, pop-ups, trips, and stuns removed entirely. But now everyone has their own unique attack animations across the board. Some characters; like Hawkeye, Wasp, and Doctor Strange, now only use ranged attacks for their light and heavy moves. Fixing the old problem of having to punch with Hawkeye just so you can use your arrows on enemies. You get 4 moves like Marvel Ultimate Alliance 2 but Fusions return as Synergies. Having two moves mix for unique and more powerful effects. Spending less energy for the assister. Energy is spent faster but gained faster as is the Extreme Meter. Thankfully, the AI has improved greatly so you don’t have to fear them using your Extreme and triggering everyone. When you trigger yours you can choose to trigger one, two, or all the others shortly after for massive damage. Overall putting a larger emphasis on using your powers.

With the new team comes new inspiration in move sets and design. Namely, characters who were in Marvel vs Capcom almost are guaranteed to get references to it. Venom’s Venom Fang, Wolverine’s Berserker Barrage, Captain America’s Shield Slash, and Hulk’s Gamma Wave to name a few. At times, they’ll even call out the attack just like in Marvel vs Capcom. To put it further, Venom even uses his MvC default stance. The Black Order get moveset references from Marvel Future Fight and the ISO-8 continue to thrive even after Marvel Avengers Alliances end.

Now for the actual combat, it’s far more challenging than previous entries. Enemies are now considerably more challenging and the Strong Enemy types are basically a group of mini-bosses. They even share the new Stagger/Stun mechanic Bosses have. 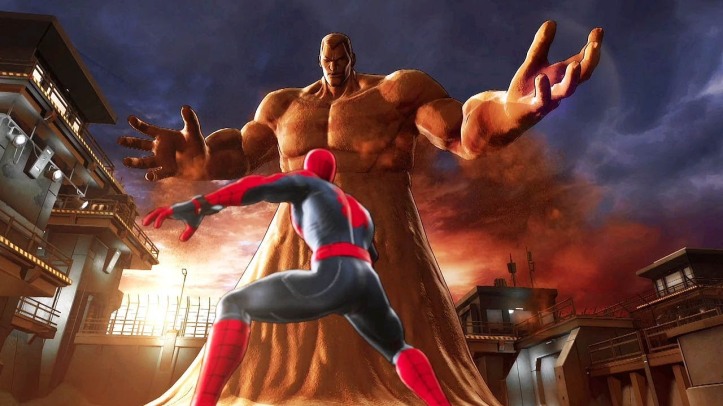 Speaking of Bosses, each and every Boss has their own mechanic and tells for their attacks. Making them more like an actual boss fight and less of a mindless button masher. Naturally, this also makes them considerably more challenging but few feel cheap and broken. You will likely have to grind and search for the new ISO-8 system. The ISO-8 system, much like in Marvel Avengers Alliance before it, is used to boost some stats. But they also can add things such as Ice damage on Heavy attacks, increased damage dealt but increased damaged received, or 25% chance when hit with a fatal blow to survive with 1 HP. They are freely exchangeable and can be used to make your own unique team loadouts. Something made even more complex with the Lab which is basically Final Fantasy Xs Sphere Grid. Except this affects all your roster for boosting stats. Making it far easier to use than the previous games. Team Bonuses also return but this time only require two characters to proc them. Allowing you to have multiple team-up bonuses at once rather than just picking the one and dealing with it.

The other main addition when not in story mode is the Infinity Trials. A challenge mode that can be done to farm materials, unlock costumes, or unlock characters. Each has its own set of rules and will make you suffer to get whatever reward that awaits you. You can unlock new stages by completing the adjacent ones, finding Infinity Rifts in the stages you complete, or making progress in story mode. For better or worse, it keeps you from simply burning a trail through the trials. Unfortunately, this also means that if you want to unlock a certain character you’ll have to keep waiting. While the characters are worth it, the “costumes” are not. They’re simply recolors which largely aren’t good or didn’t have enough effort put into them to make it worth it. Leaving Deadpool as the only character with a proper alternate costume…one you need to buy the Season Pass to unlock. Even then, not every character has one which is planned to be fixed in future Updates.

The roster is another odd spot. It’s essentially the starter pack of modern Marvel and can very easily be divided into their own marketable brackets. Every character who appears (with the exception of Elsa Bloodstone) is an immediately relevant character to the MCU, was part of the Netflix/TV shows, has an upcoming film, or is the lead in a cartoon show. The only other exception being the X-Men who basically the most popular easy picks. There aren’t really any surprises in who’s playable or appears. If you think they’re going to show up, they probably will. Now they aren’t bad or unfun to play but it’s a very safe roster to pick from. 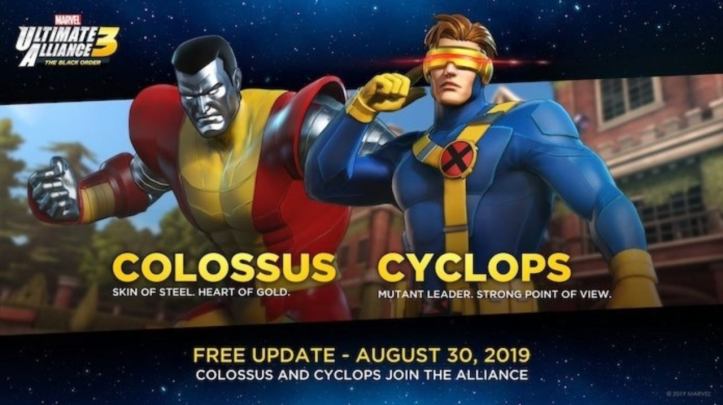 As of writing this, we know the Season Pass is adding the Marvel Knights (Blade, Moon Knight, Punisher, & Morbius) in Curse of the Vampire, more X-Men, and the Fantastic Four. But more interestingly; Loki, Cyclops, and Colossus have/will be added through a Free Update. So it’s entirely possible this questionable roster will be fixed over time. Though the fact we have to go through the Update and DLC route to get there is a bit concerning.

With the difficulty and somewhat odd roster, you’ll likely pick your one really good team and stick with them through the majority of your run. But playing with friends can alleviate this. Where you pick your one character and stick with them through the run. The host being the only one who can change to any AI companions (should you not have a full team). Of the times I played online was mostly stable with lag only being bad in two particular instances. They’ve added a few lines and reactions your characters can say which are totally unique to get around the lack of mic support. This is also likely why the hub world was removed in its entirety. So online multiplayer can proceed more or less smoothly. Checkpoints and SHIELD points to change characters are also way more common than the past as a result. Likely as a result of both of these previous points, stages are far smaller, more linear, and backtracking isn’t an option most of the time.

Right out the gate, the audio balancing on this game is wonky with effects being too loud for the music behind it. This is the only game I’ve played where I had to actually do this. But after fixing it, the music is serviceable. Nothing is bad but nothing is really a standout either. Even then, the constant dialogue and effects are going to overpower it unless you remove the effect sounds in their entirety. When the music was playing and audible I didn’t even notice it beyond the Shadowlands eastern styled instruments. As for the voice acting it’s pretty good. All the characters have previous voice actors reprising their roles be it from the latest cartoon or Marvel vs Capcom Infinite. 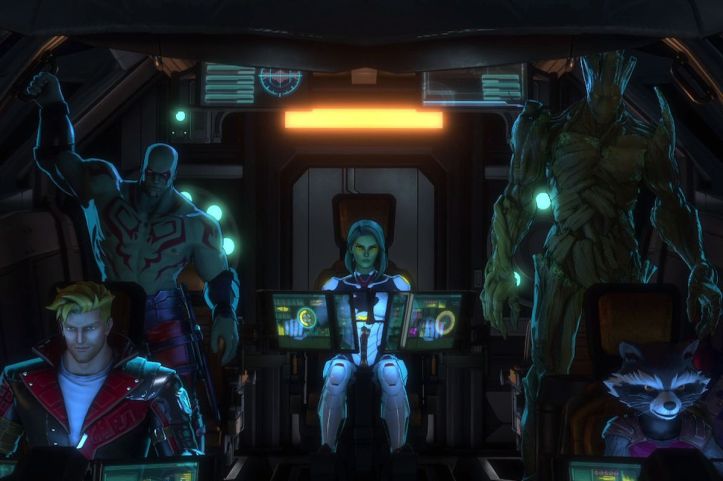 As a whole, MUA3 creates a mix of classic costumes with a modern paint job, outright MCU designs, and looks that fit the middle. Visually bringing Marvel vs Capcom Infinite to mind except with more vibrant colors and proper proportions while still having it’s own identity. 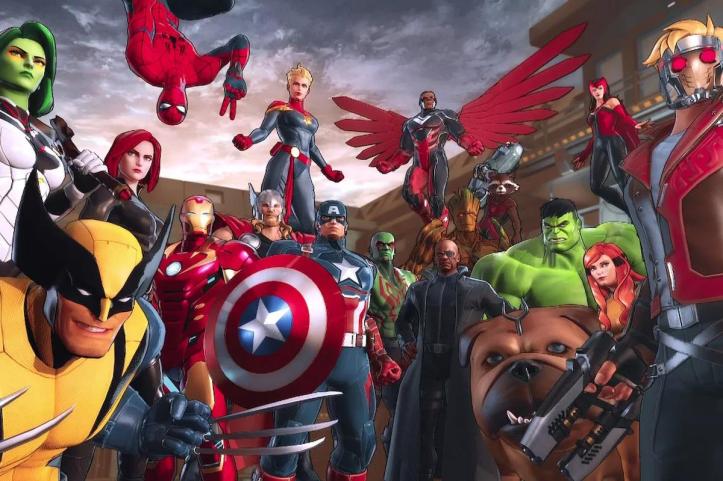 Everyone feels like they fit this unique universe. The clearly MCU inspired looks aren’t jarring when placed next to the more overtly comic book inspired ones.

The game does a lot good but still trips up at times. They clearly put a ton of time and effort to make this game what it is and seem dedicated to keeping it going. The issues it does have are minor in the grand scheme and none are dealbreakers. Generally being small things that could be fixed in future updates or DLC. Overall, I recommend this game for people who want to play alone or with friends.